Still catching up on posts from last year! I’ve had a busy couple of weeks which always means less time for posts  😐  Good to be busy though.

Last year I made Jack the Kaka II and out of the small profit I earned I decided to treat myself to some things I’d wanted to get for a few years. I ordered them from Lacis as one of the items was only available from them. In mid November a parcel arrived! Always exciting  😀  It wasn’t very heavy despite the size of the box! 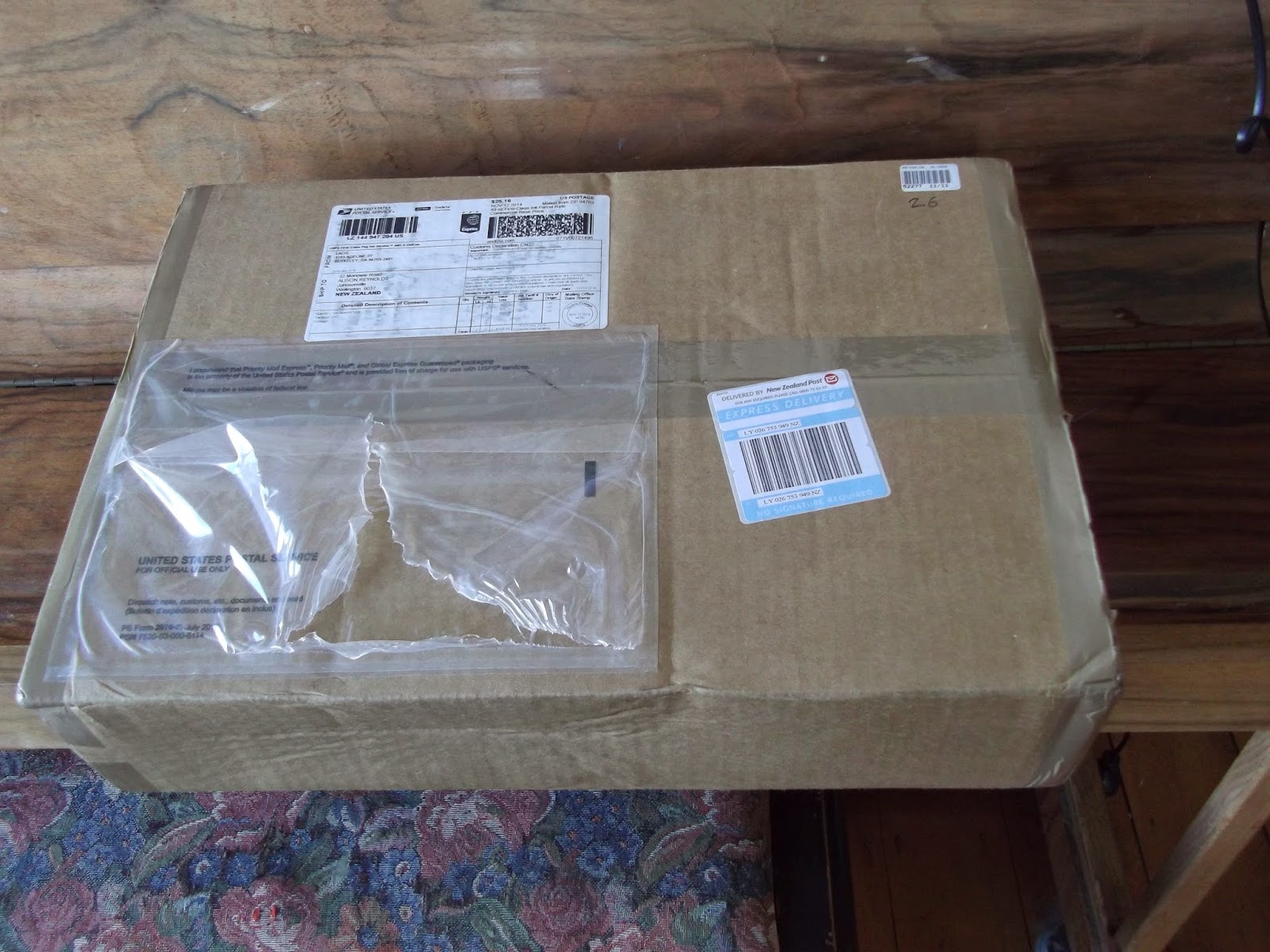 Oh! The excitement – doesn’t take much to brighten my day  😛 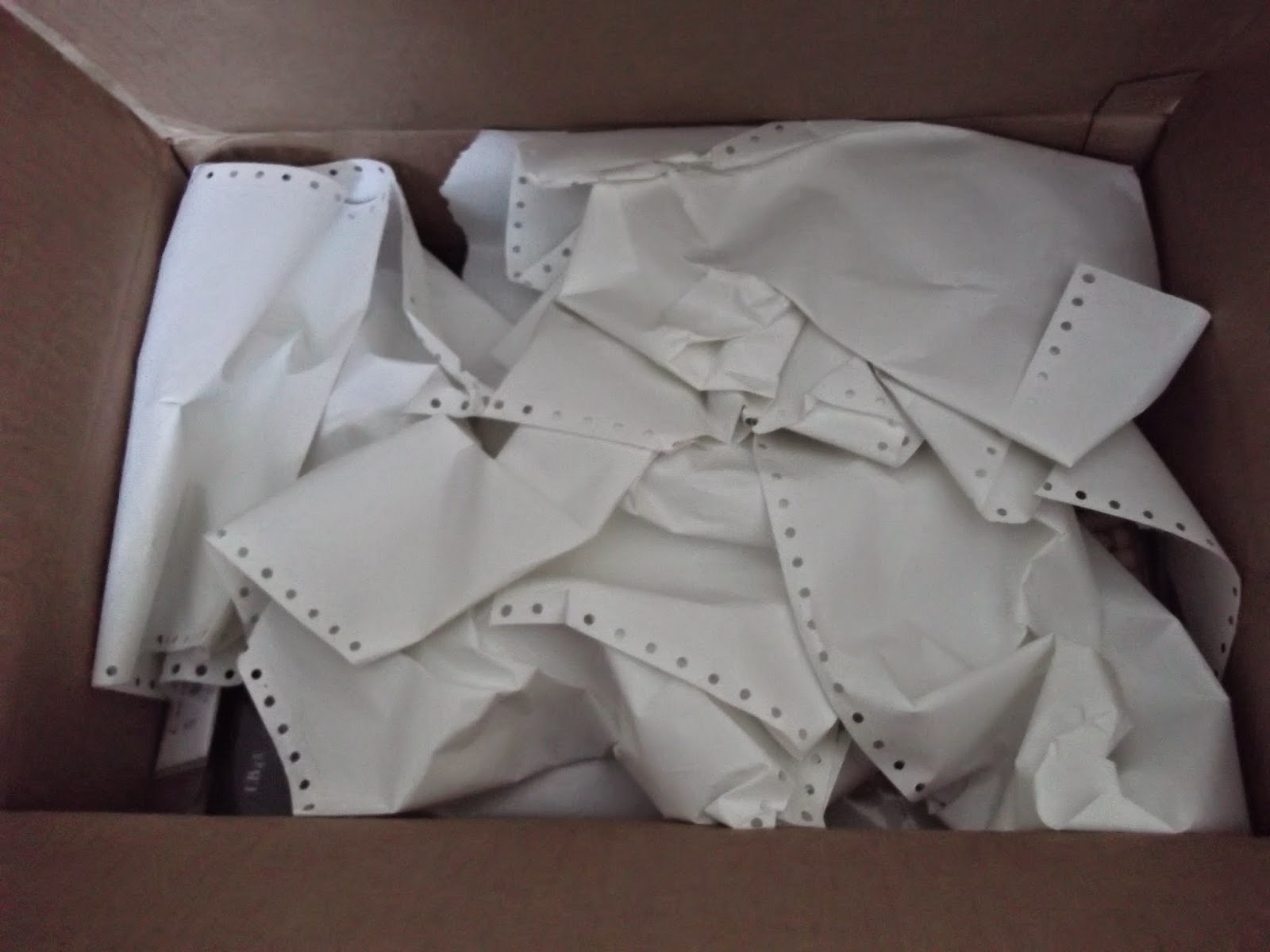 Lots of paper crumpled up to protect the items inside. Recyclable too – I like that! 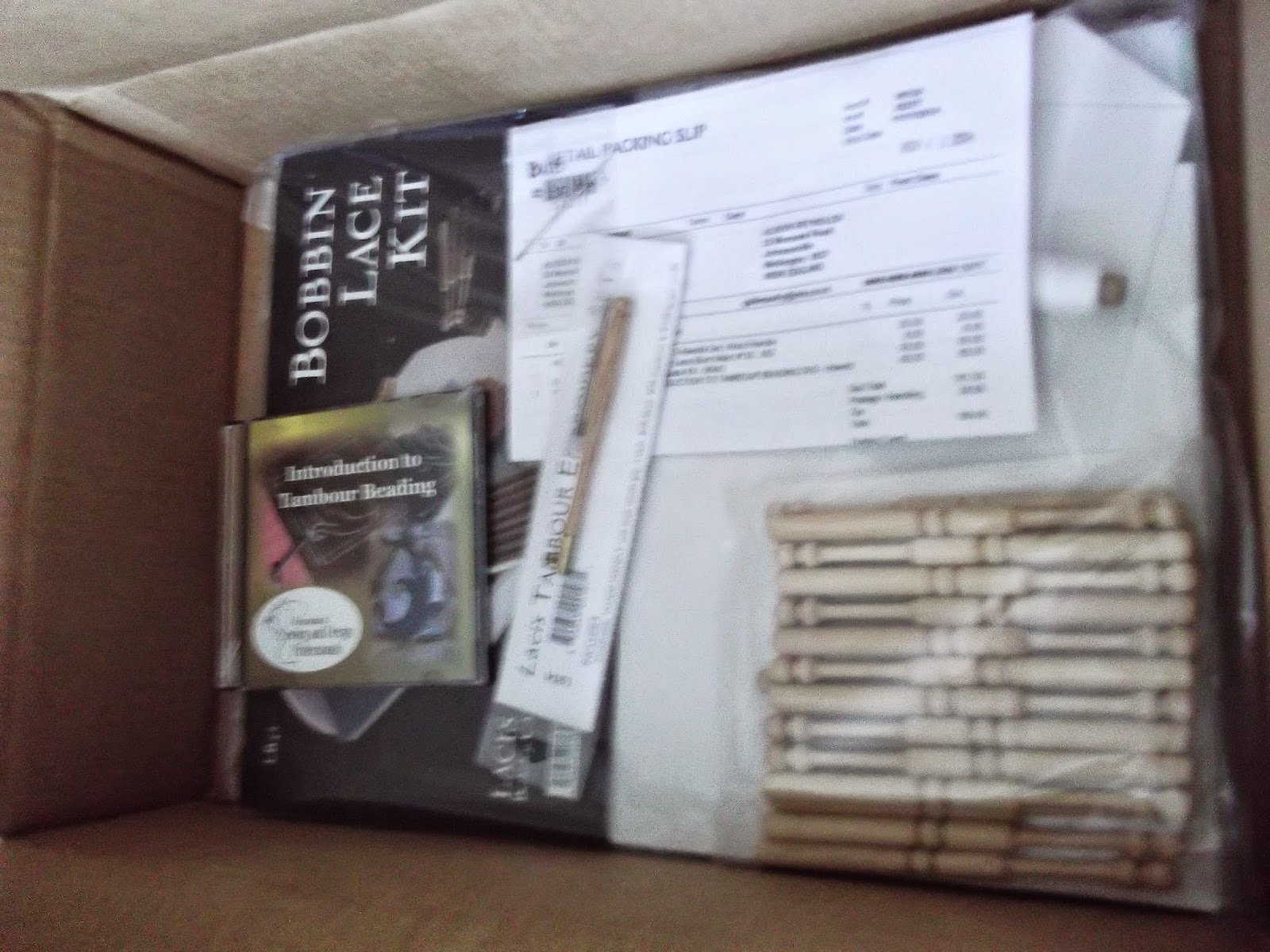 All is revealed – albeit a bit blurry! The jolly fuzz got in the camera again  :”> 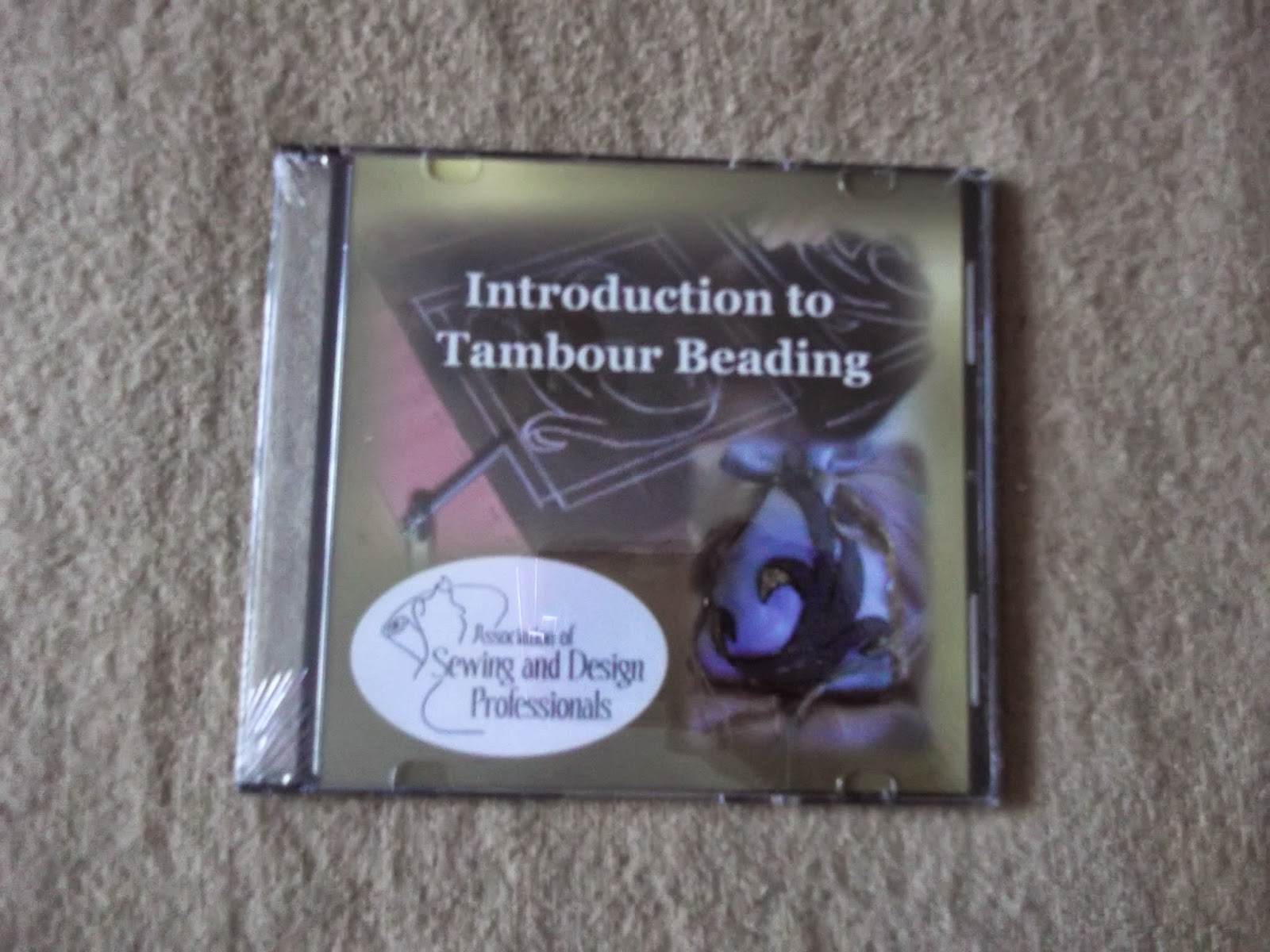 This was the item I could only get from Lacis. It is a CD produced by Robert Haven and was recommended to me by Jennifer Stumpf when I contacted her about frames. Such gorgeous work they do! I saw a link about tambour embroidery posted by someone on The Sewing Forum a few years ago and ever since I’ve been fascinated by it and have wanted to learn how to do tambour embroidery. So I am going to teach myself! USA, England and Luneville, France are all a bit far away  🙁 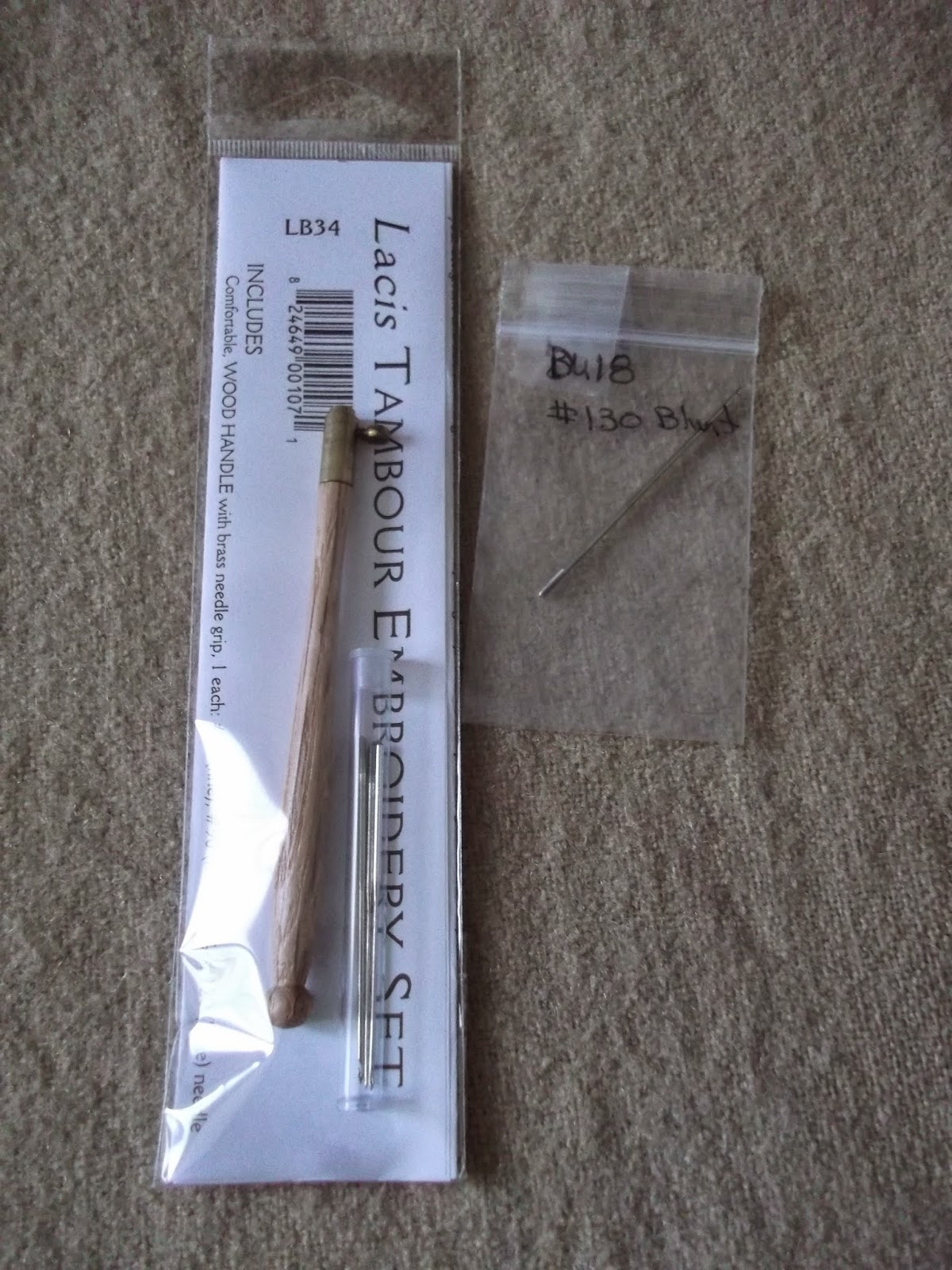 The tambour hook. There are three different sized needles here: the two smaller ones in the bag with the holder and the sturdier one for thick fabrics in the small bag. There are different types of hooks – but these are the ones used in couture houses – so nothing but the best, right?! 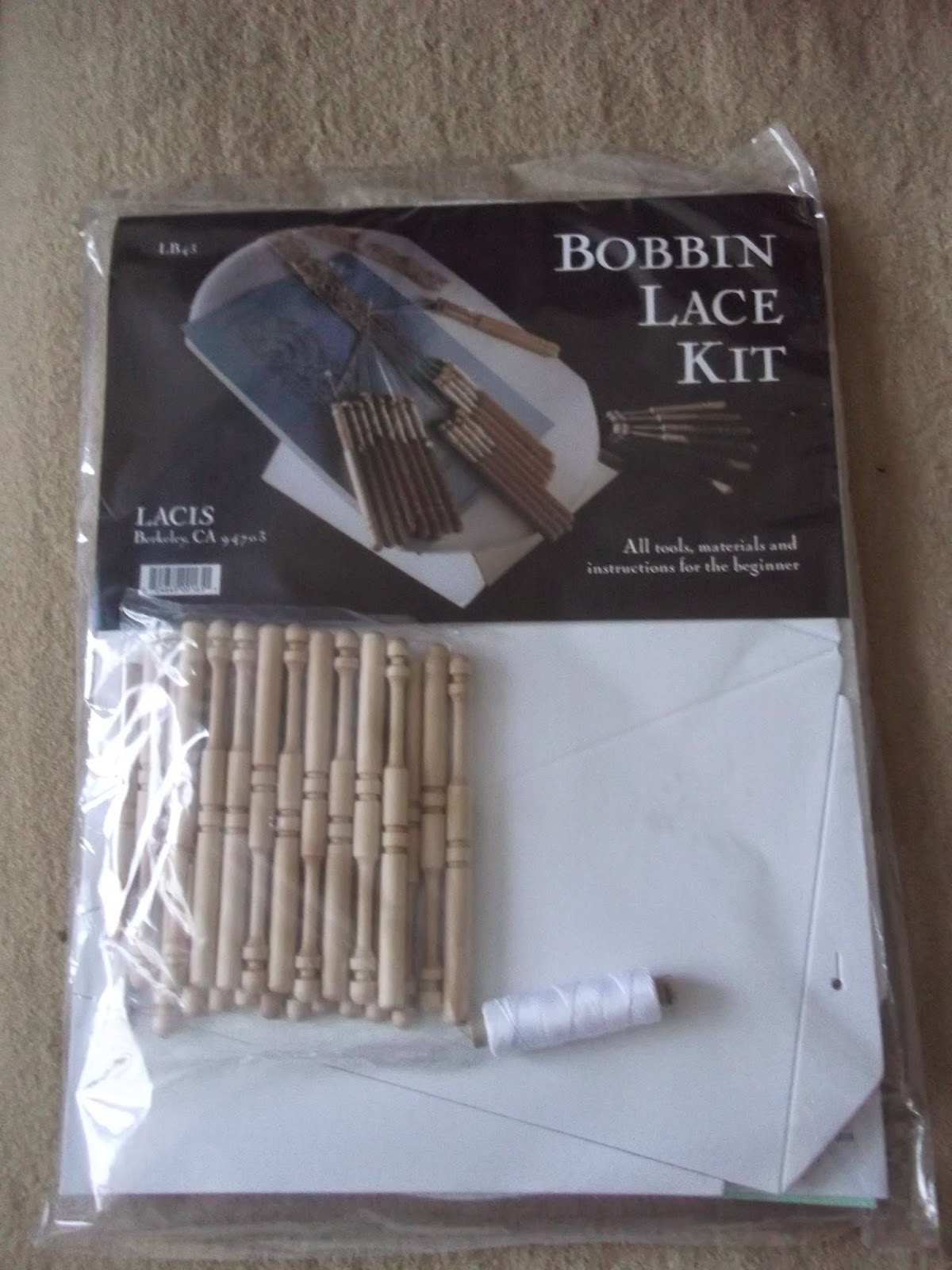 This is the other craft I want to teach myself – bobbin lace! I’ll start off small with bookmarks. There are patterns you follow and it’s just a matter of shifting the bobbins from side-to-side usually in pairs. This is a basic kit. I have seen some gorgeous kauri bobbins made by a guy here in NZ but I figure these will do for starters. 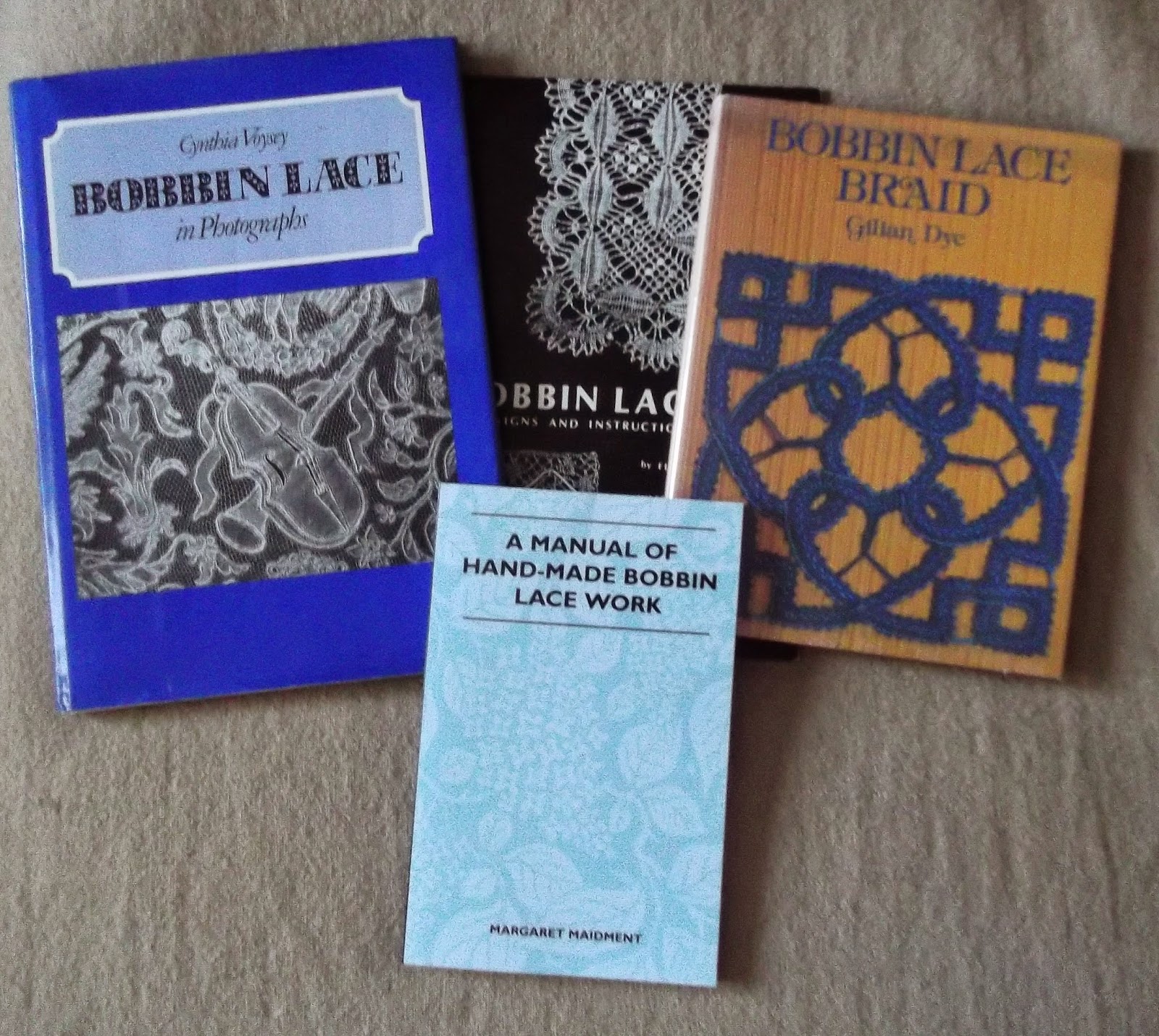 These are some of the books I’ve gathered, quite a few of them off Trade Me for small sums. I began gathering them a couple of years ago. I don’t expect to ever produce anything like the lace on the cover of the blue book with the violin on it! Isn’t it amazing? There are patterns and all sorts in the books. 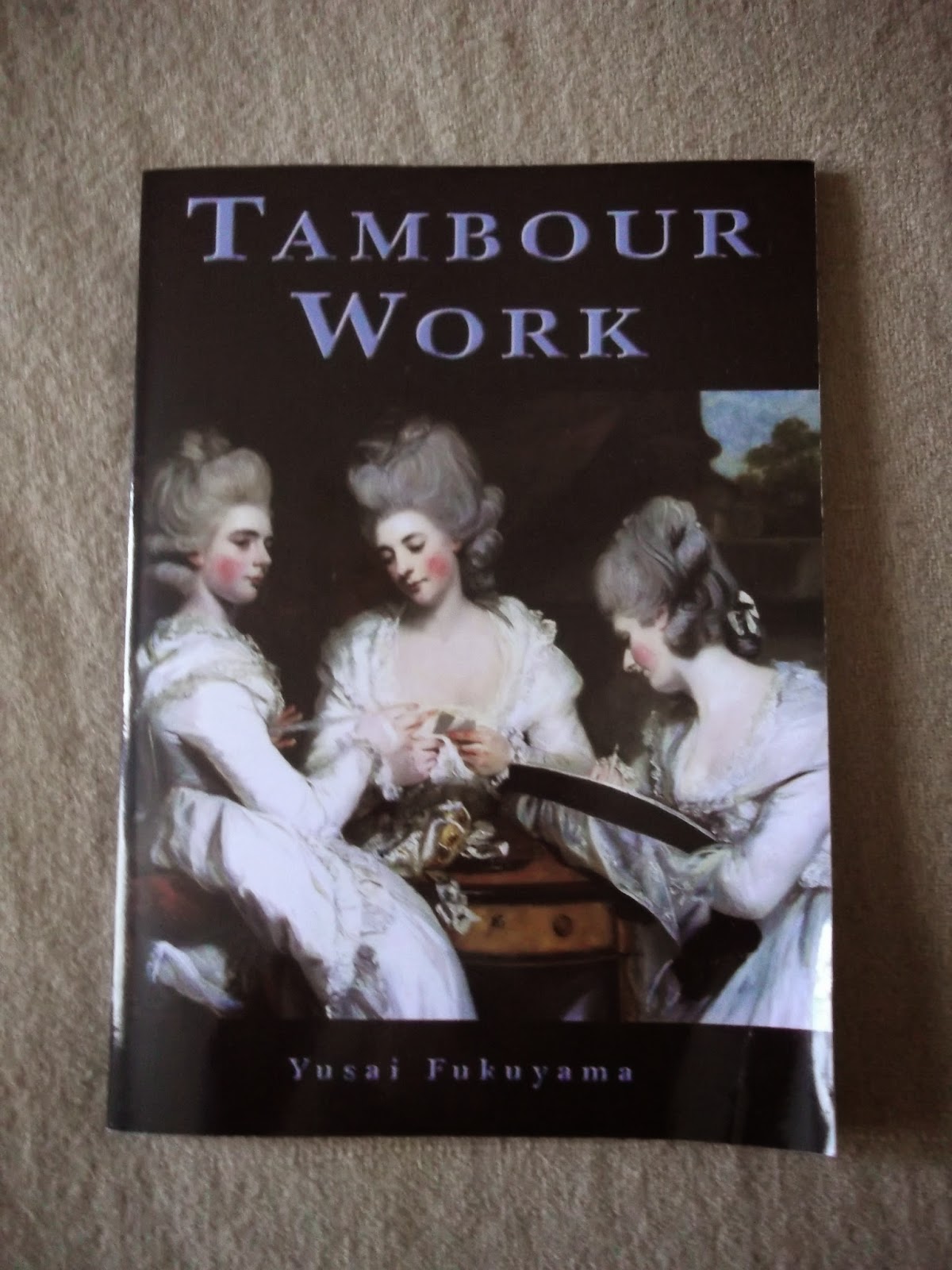 This book I read about somewhere and tracked down at Hedgehog Handworks. There are sooo many pretties/yummys/wonderful things on that site I had to keep a firm hold on the purse strings!

I’ve researched tambour frames and decided what I want so now I just need to wait impatiently until Boar makes my frame for me. I could buy from overseas but freight would be a great deal. Plus it’s right up Boar’s alley and will give him a challenge. I may just wave the pictures and dimensions around again this weekend.  ;;)

I will post my attempts and progress. I can sew, knit, crochet and do basic embroidery so I hope that with some practice I will become reasonably proficient.

Finding silk organza, 5cm and 2cm twill tape, locally if I can, is my next hunt. I have some chiffon I can play around with, but silk organza is the fabric so I’ve read.