At the end of last year a friend asked if she could pick my brains about romantic tutus as she needed to make some for her daughter’s dance studio. I helped out with making some costumes a couple of years ago and there are blog posts about it here and here.

After talking with S for a short time she said that this type of costume isn’t her forte so I offered to make them for her. She had a whole pile of other sewing to do. After a bit of persuasion S accepted my offer.

This is how it all starts – a quick drawing with a description, then all the measurements written down. I was able to take M’s measurements as I was there at the time. S took all the others. 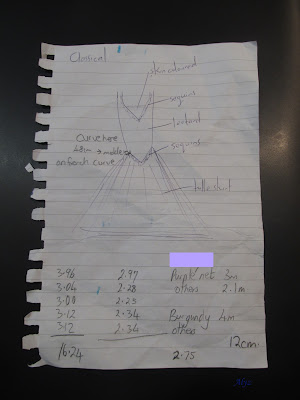 Quite a number of measurements. Often the measurements are similar enough that I only need to make a few sizes, not all individual ones. As you can see the notes have been well handled and have become a bit crumpled! 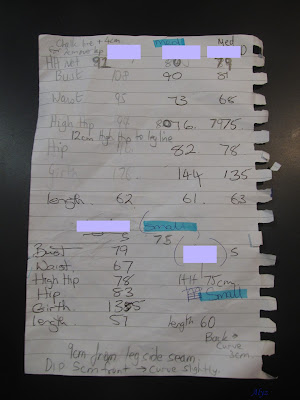 I was able to use the patterns from last time, and after making up a couple of samples was able to get on with the actual costumes.
The tulle that was supplied was all there was to work with. So I measured the length and then divided it between the number of costumes, allowing extra for the largest costume so that it would have the same fullness as the others. 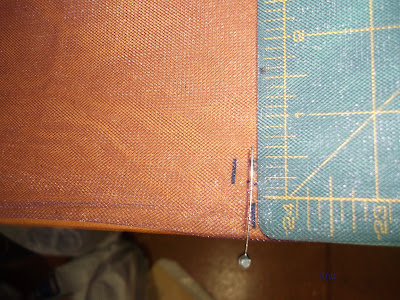 I put a pin in the tulle for each metre so that I could keep count – once the tulle was all folded I could count the pin heads and know how many metres I had. Since I was interrupted a few times this was great as otherwise I would most likely have noted it down incorrectly! 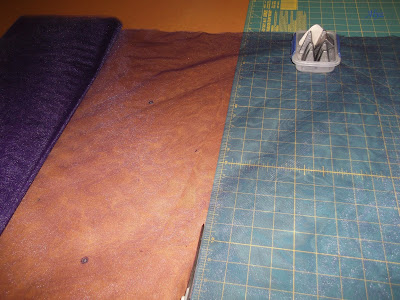 My container of weights kept the tulle still as I used the edge of my mat for a straightedge. This worked really well for this tulle which was folded in half. 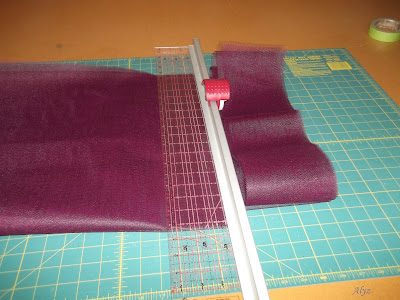 The net that was the underneath layer was slightly stiffer which was good as it supported the softer top layer of tulle. I was able to fold it as I usually do and cut it with the rotary cutter. 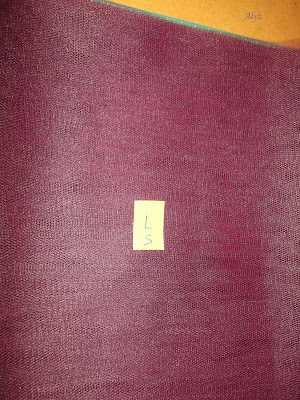 Making sure I label all the pieces as I go so the right piece of net ends up on the matching leotard!

All the pieces of net and tulle ready. 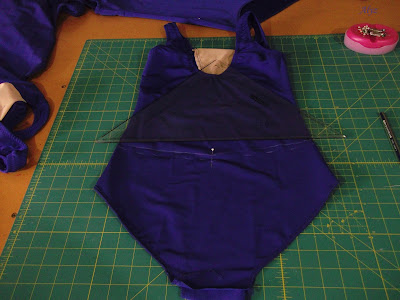 The leotard material was actually a good match for the purple tulle above but has come out more blue than purple in the photos! Here I’m marking the line for the back waist. The line dips slightly, it’s not straight across as you would think.You might notice the crotch is not stitched up which is because I decided to stitch the net and tulle on before I stitched the crotch closed and added the elastic to the leg-holes. 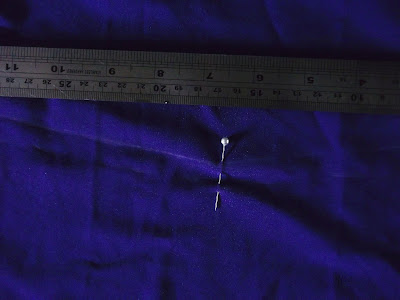 This is just a closer view showing how I marked the mid-point with a pin so I could accurately mark the lines on either side evenly.

For the rest you are going to have to use your imagination as to the end result! There was a short time frame – and I completely forgot to take a photo before I delivered the tutus  😒

I am hoping that I will get a photo at some stage. If and when I do I’ll update this post.

The important things are the tutus fit the dancers well and they looked good onstage. The dancers were happy with them as was the dance teacher.

I’ve received a photo of the girls in their costumes so here it is.