A friend’s daughter dances at Rachel Compton Dance Studio and a message had gone out on Facebook for help with costumes. So I offered my help, since our own concert was weeks away.

Turns out their concert was the week after ours, so it would be a bit of a push but it all worked out ok in the end   #:-S   Some of the costumes needed were leotards for dancers who would be “flowers” in their item.

My friend, S, and I had a couple of meetings by phone and in person and all the details were sorted.
The first thing was to make a sample up, which I did before starting our studio’s costumes! 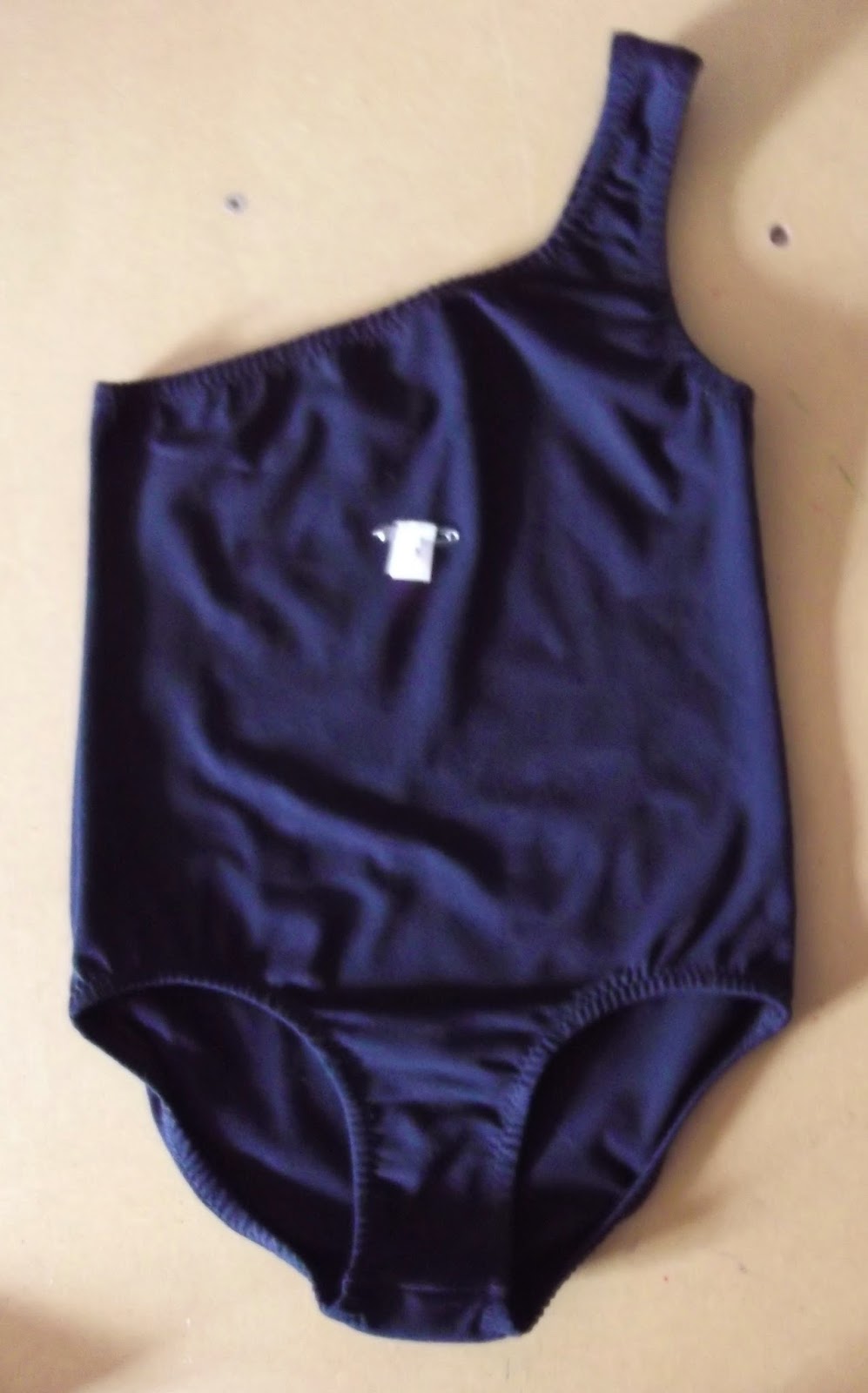 My friend, S, then took the sample and tried it on the girls, then rang me with any changes needed. It was a bit strange for me doing this “sight unseen” as it were, since I’m used to doing that part of it myself. But since S sews herself I knew I could rely on her judgement of any changes.

List in hand it was time to begin cutting the various sizes out of the fabric provided by Rachel. 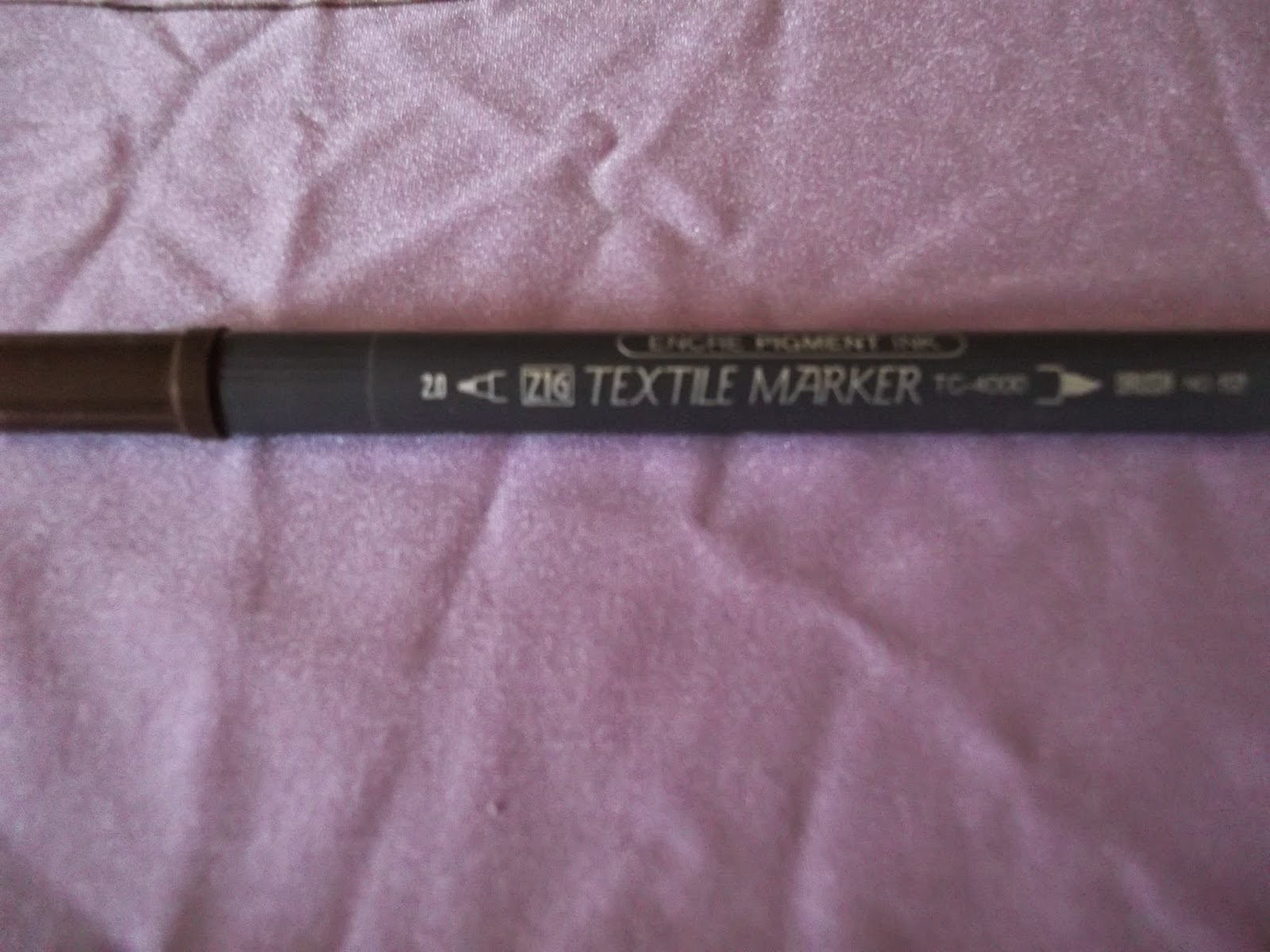 I’d bought this pen recently and I found it to be great for marking out on the nylon lycra. The tailor’s chalk I generally use it great for cotton lycra and though it works on nylon as well I found the pen to be easier. 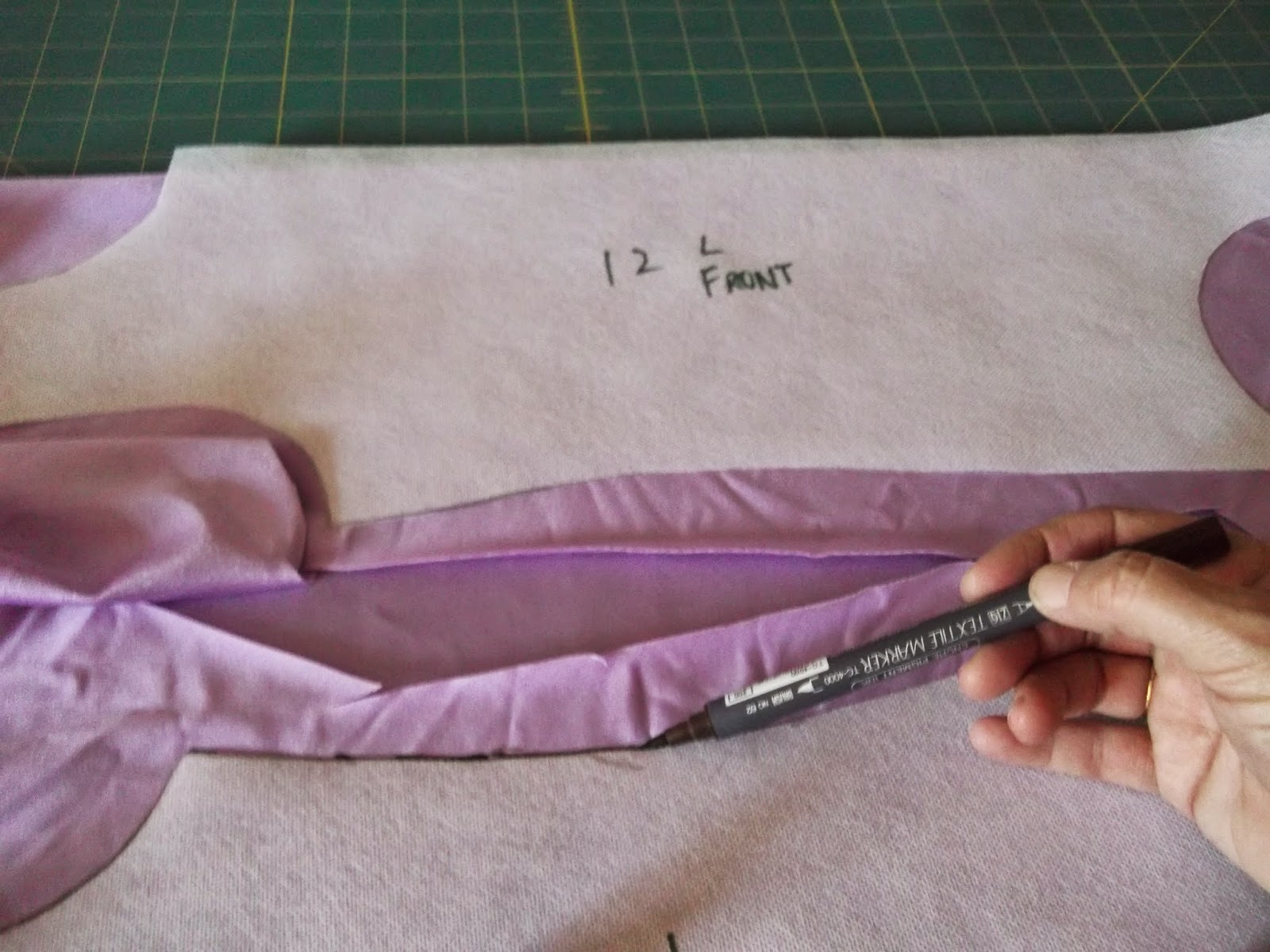 The pen has a standard nib and a brush nib. Here I’m using the brush nib which I found ran along the nylon smoothly. It is not an ink that disappears and therefore I would be cautious where I used it to mark the fabric. The edges are fine as it will be cut off by the overlocker knife, or hidden in the seam and not seen. 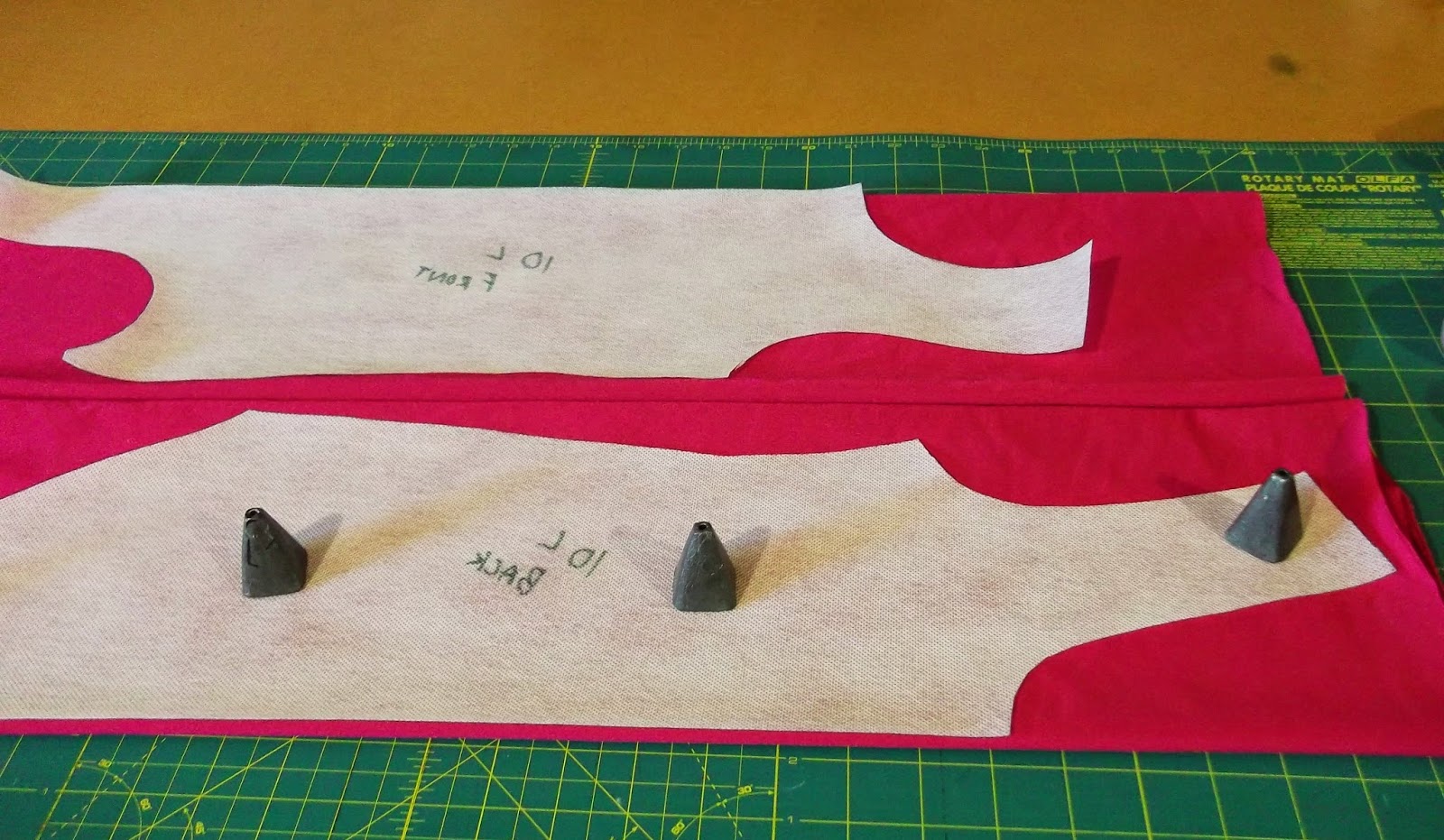 Once again, different colours and sizes, and here there were a couple of the same size and the same colour! I was able to cut out two at once  🙂   These ones needed to be ever so slightly wider which is why the pattern is sitting out from the fold slightly. I’m about to do the same with the front piece.
The front and back of one of the finished leotards.
The “Flower” leotard in all the colours and sizes. 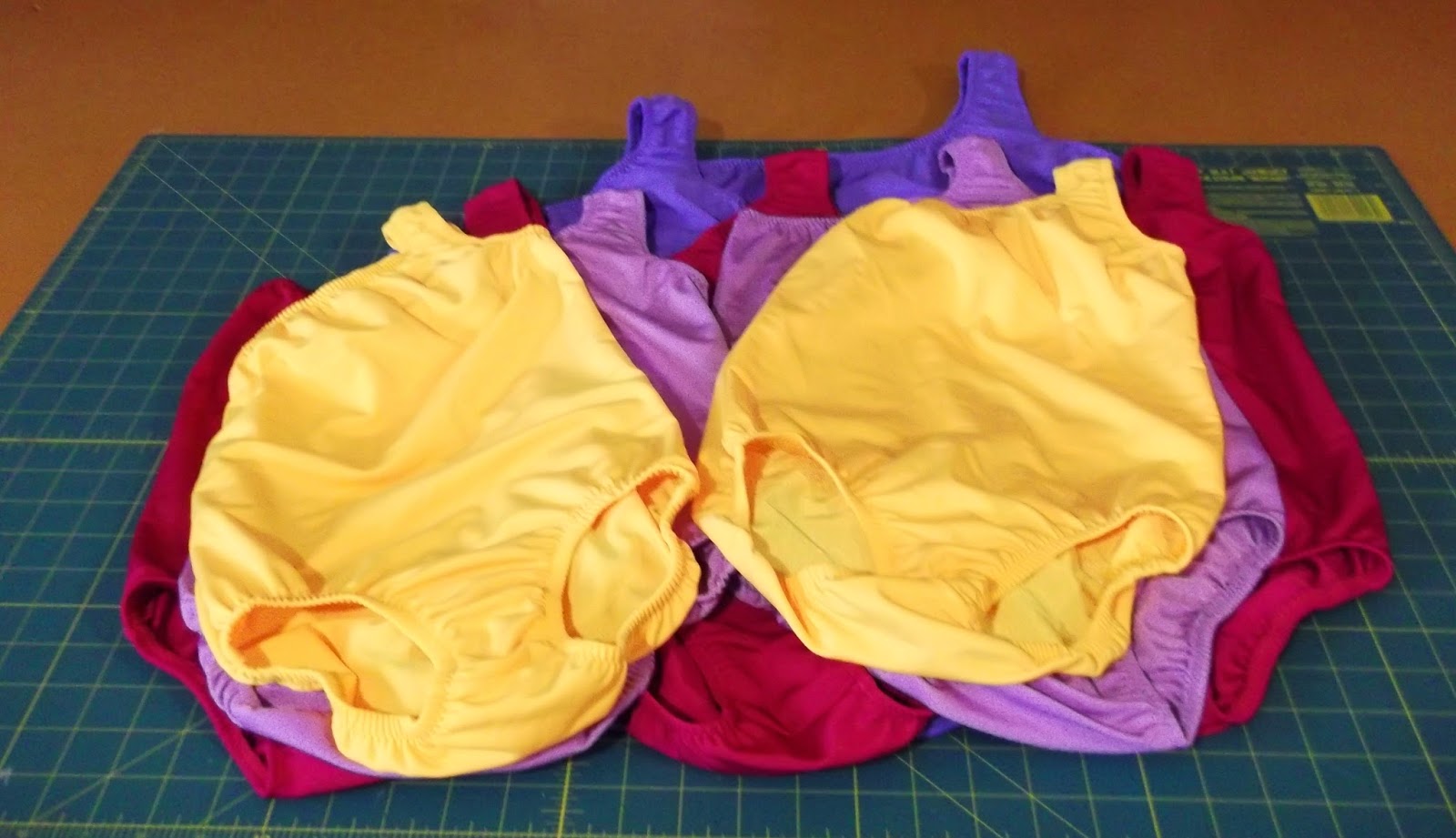 I’m hoping to get a photo from the show soon and so I’ll add it in then.

One change I would make is to raise the side that is off the shoulder by a couple of centimetres as it was a smidgen low and had a tendency to pull down, especially with any girls who had a bust. However a flesh coloured strap helped with that. I’ve noticed on many commercial sleeveless tops that a clear strap is included should the wearer wish to use it. This could have been another option but it was felt it wasn’t needed with these as most of the girls were younger  🙂