As the year draws closer to November studios start to prepare for their shows. Brains had been taking Hip Hop classes at Pump Dance Studios for a couple of years and their concert was looming! Which means costumes. I’d kept pretty quiet about my ability to sew up til now. A call – well, email – went out for help. Cutting sessions at the studio. I wasn’t able to make them but I decided to offer to do some at home.

A trip into the city to pick up the bolt of fabric. I got a few odd looks as I carried it on my shoulder from the studio in Taranaki Street, across the crossing and down a bit to where the car was parked  😀  I was given the patterns as well.

I was amused to read the note that said an experienced cutter was needed as they were short/tight on fabric. Suggestions were to cut the largest ones first and then if necessary piece the smaller ones. Say what?! Well, I’d try to avoid that if at all possible. 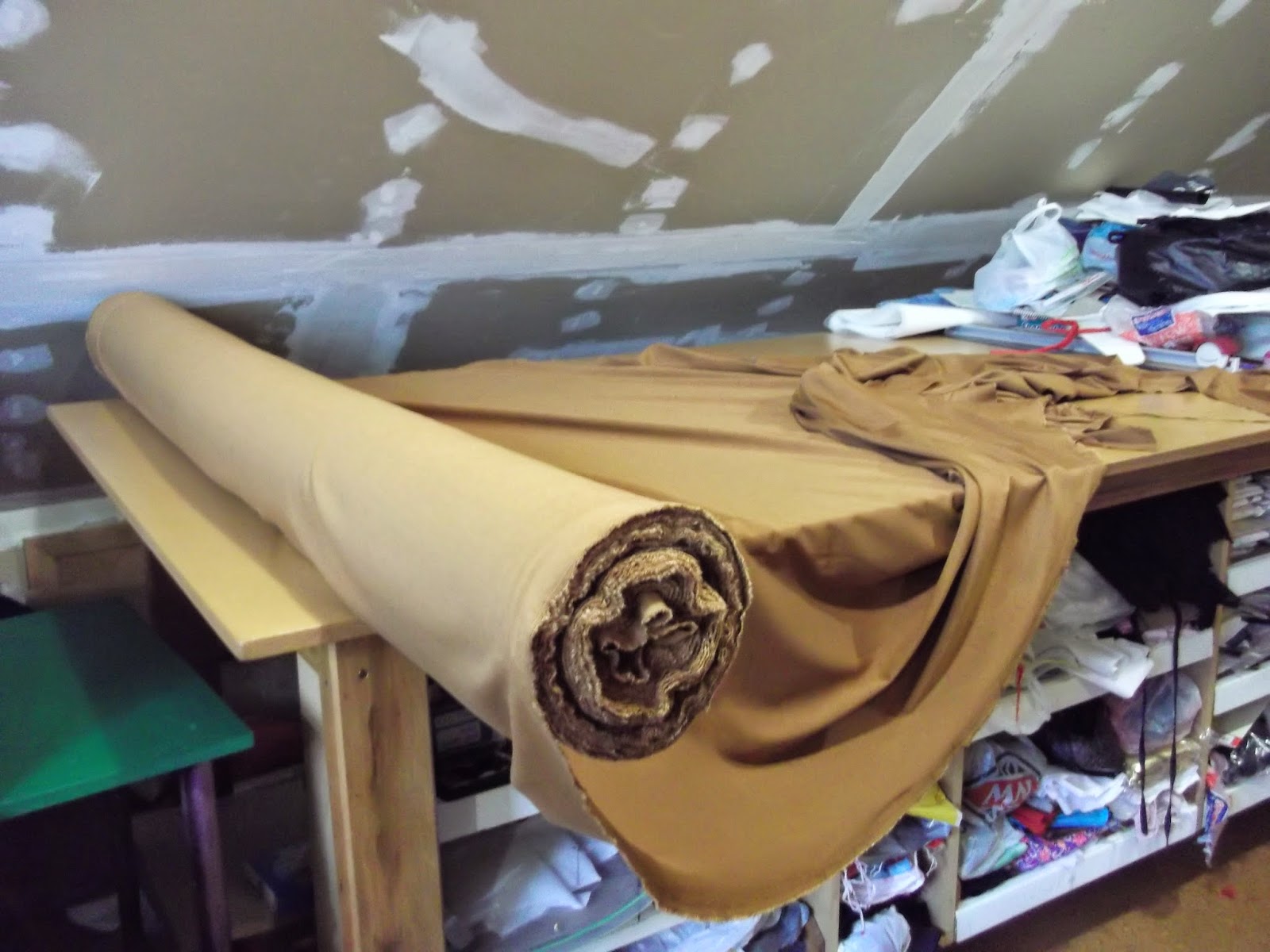 One big bolt of fabric! Around 30m or so I think. The small table at the end is to support the bolt . . . 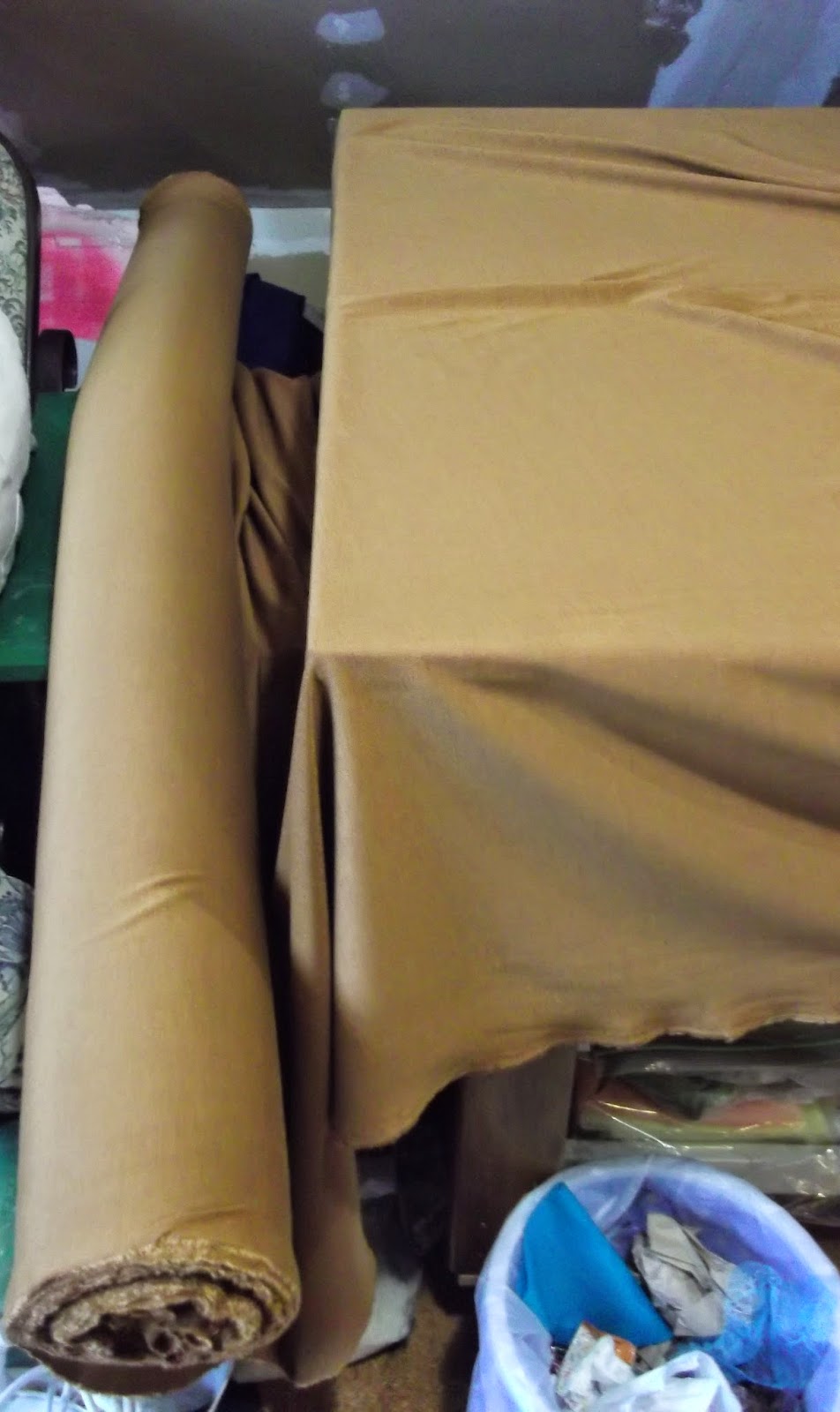 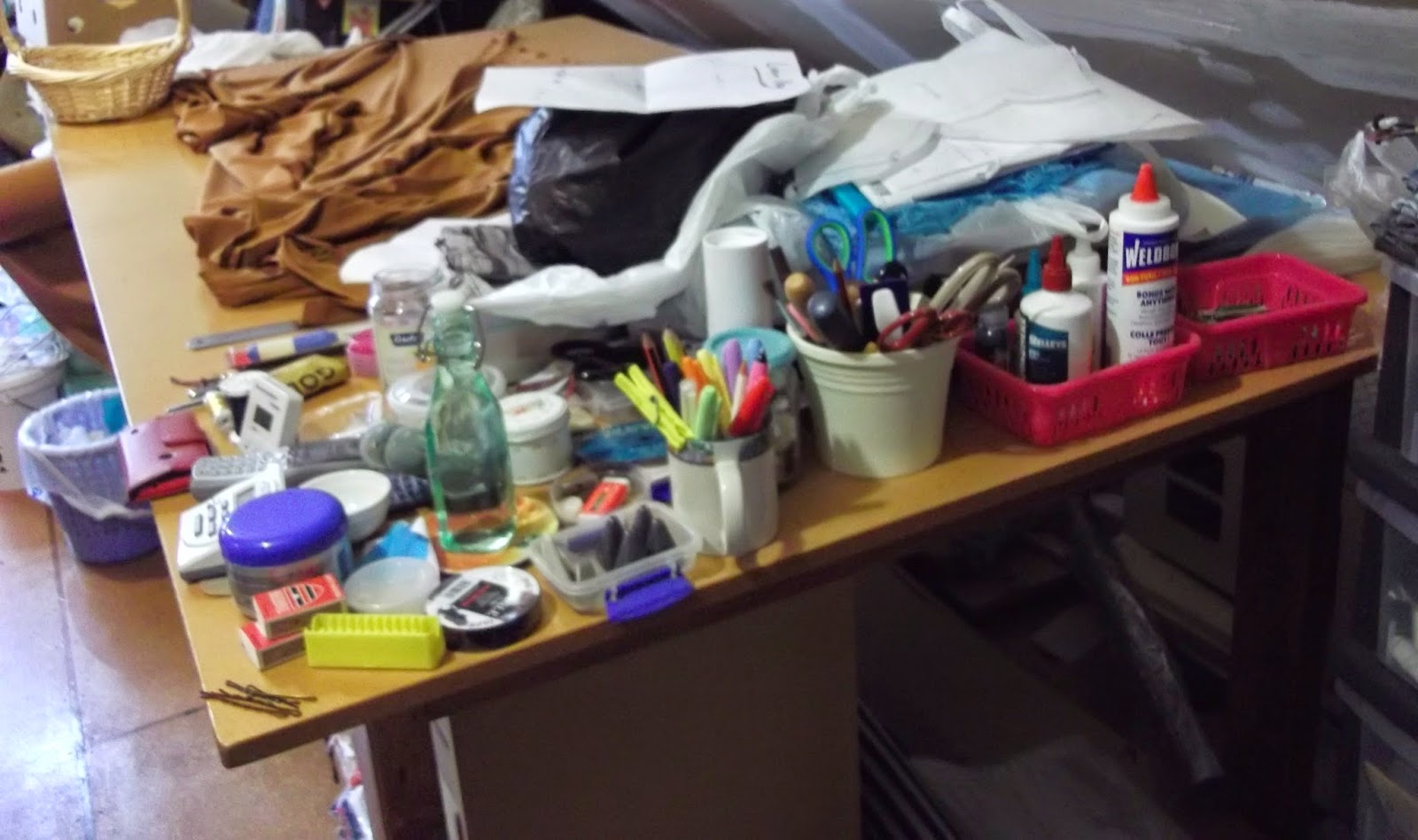 Then I decided it would be a good idea to sort this lot out and off the table to give me more room! Logically I should have done it first . . . but I’m not always logical   :p

Phew! That’s better, more space. There’s my fantastic purpose built cutting table! Boar built it for me five or so years ago. Andy G, who I had some lessons with, said that the ideal height of a cutting table is 10cm/100mm below your elbow when it is bent. So Boar did what he does very well  😀  A 2.4m length of customwood (MDF), a frame for it, even drawers/shelves and . . . it has lockable castors so I can move it if needs be. Lucky lady I am! 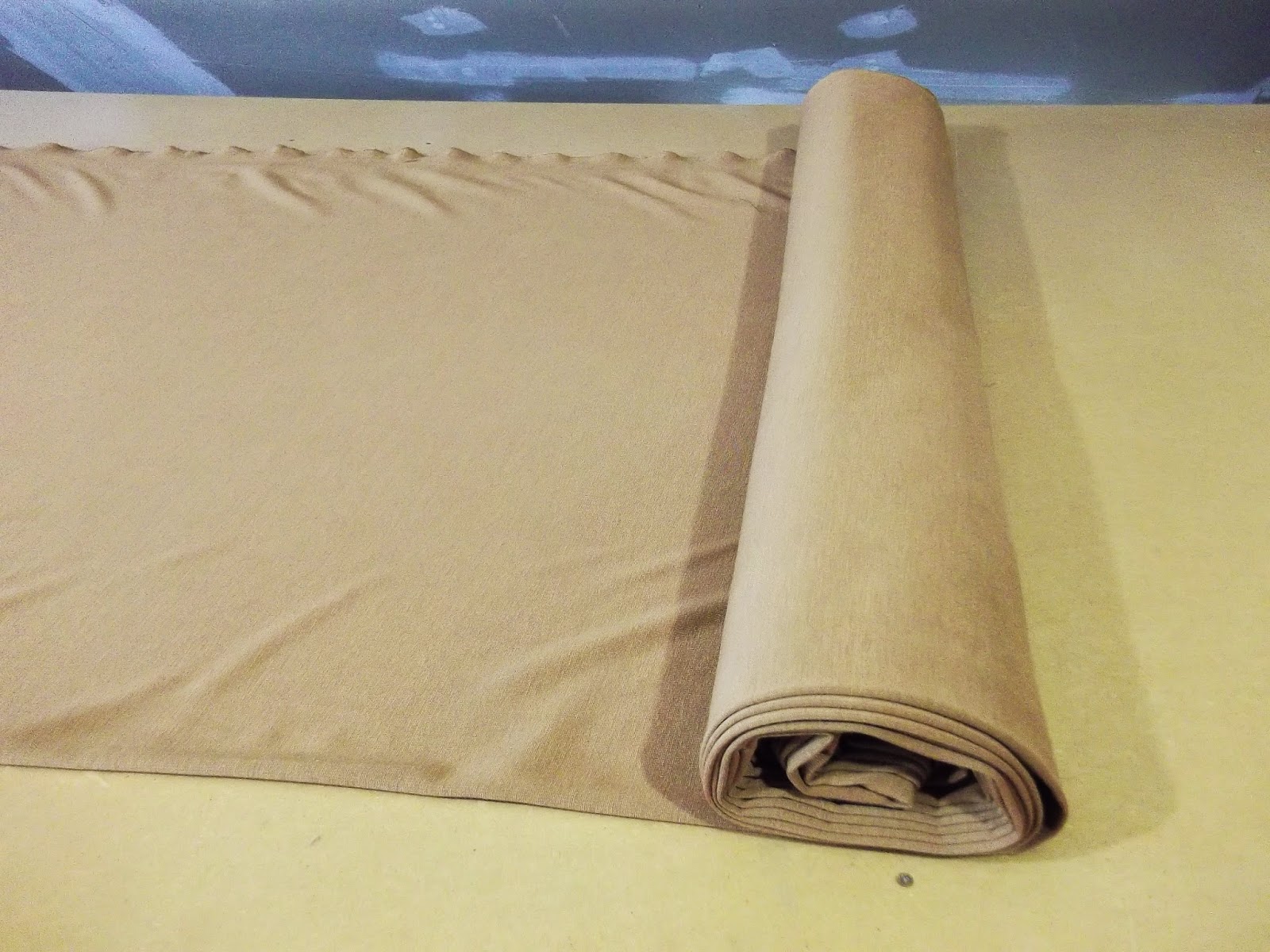 I decided to fold in half and re-roll the whole bolt to make it more manageable to work with. It took a bit of time but made it easier in the long run. 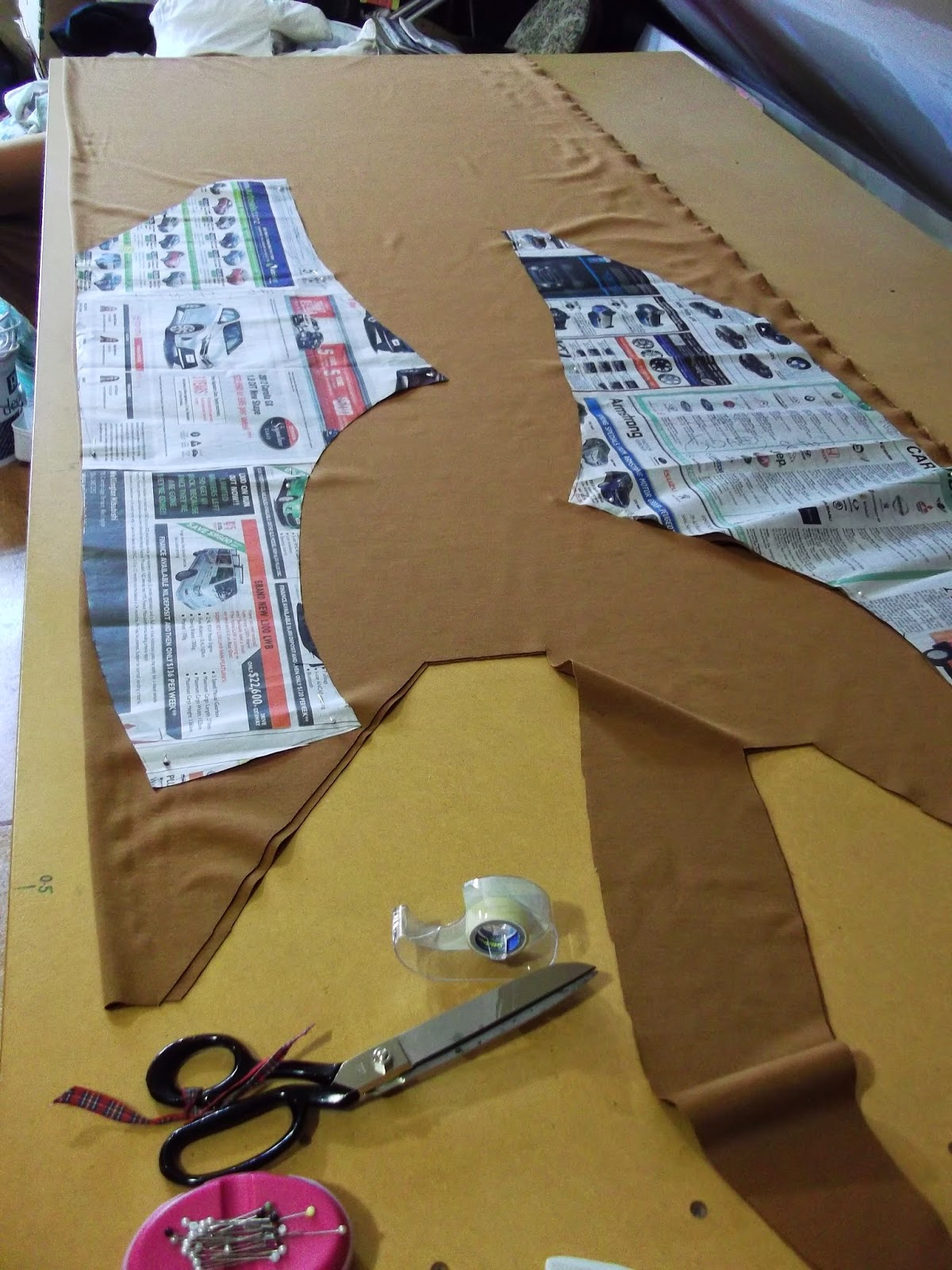 Love the newspaper patterns  🙂  Around nine of the overalls had been cut out, leaving twenty-four for me to do in three sizes. 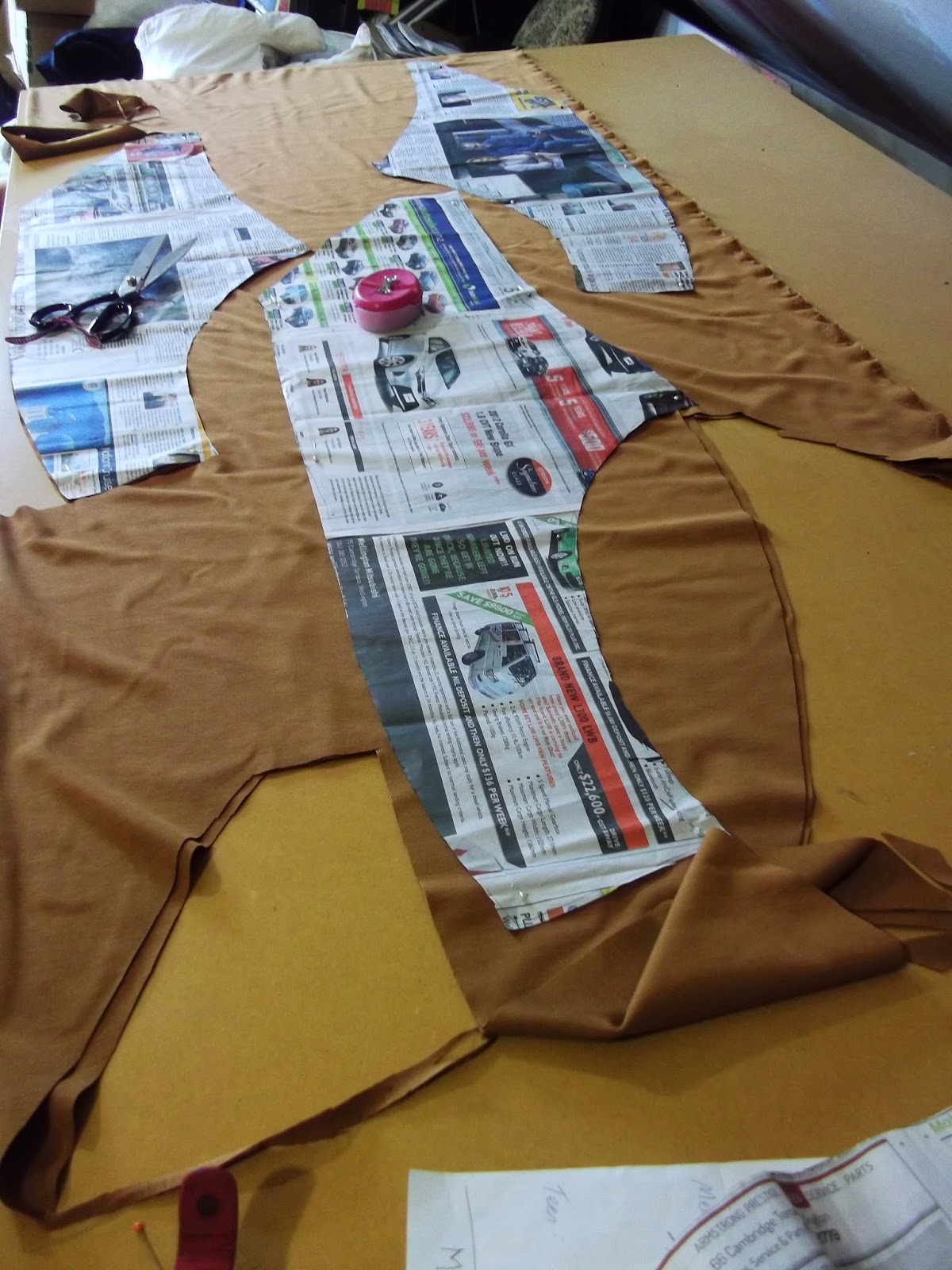 Trying to cut out in the most fabriconomical way possible. There was NO more fabric and I was very conscious of it! 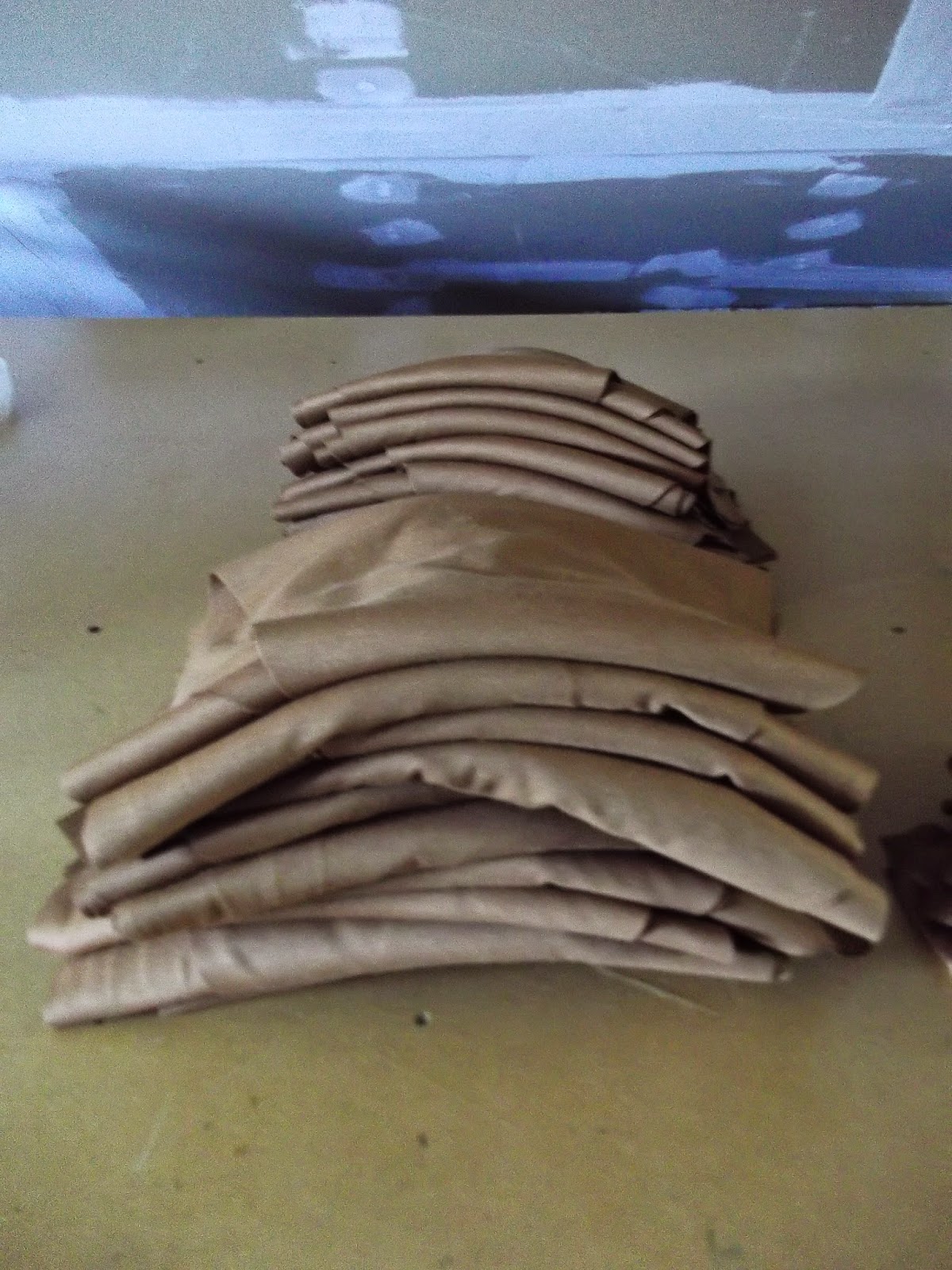 Piles of cut out overalls, all marked and stacked as to size – there were thirty-three altogether! 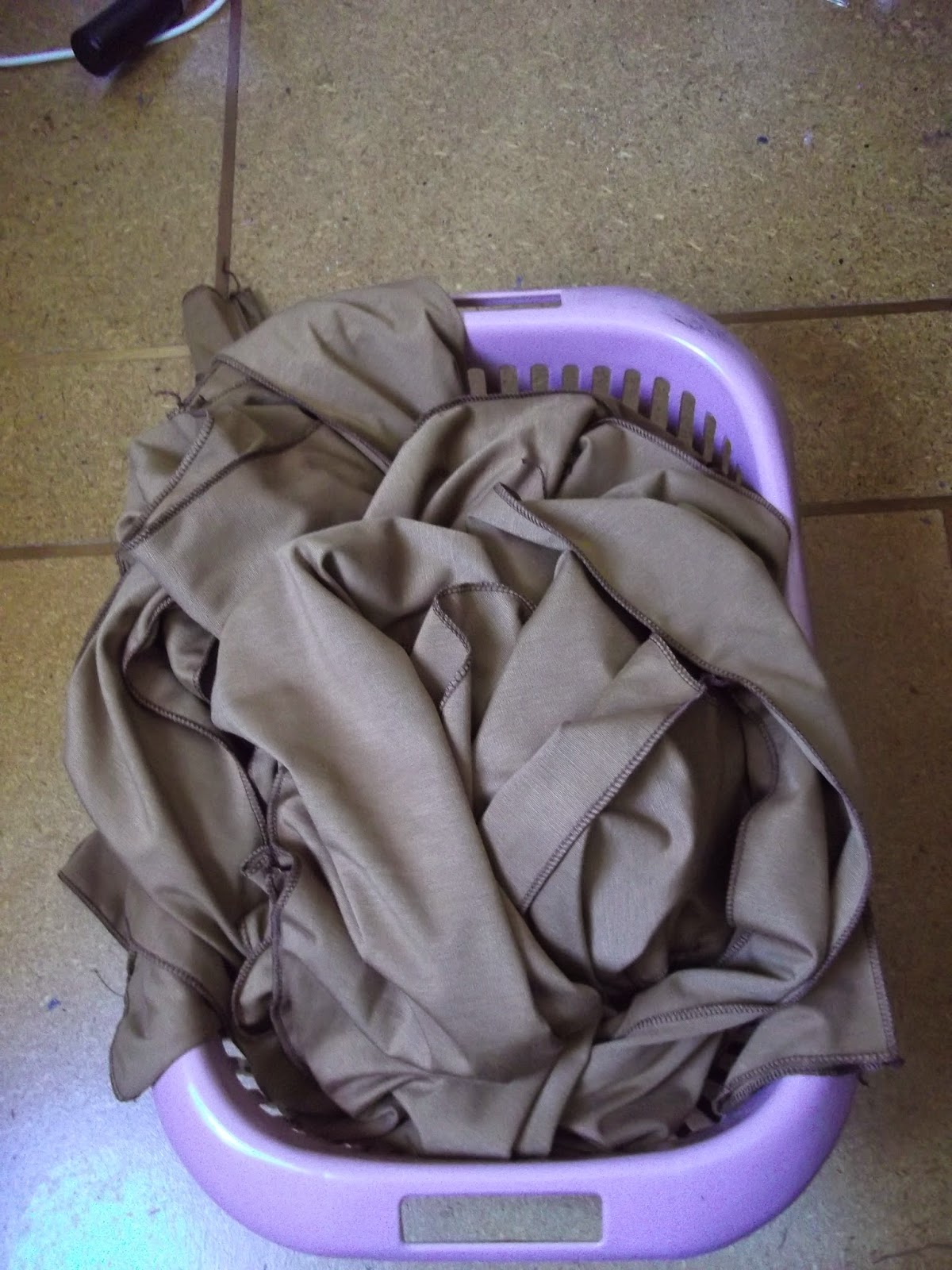 My hi-tech system for containing the stitched ones  🙂  I work from the largest size to the smallest. Because by the time I get to the smaller ones they seem to go much more quickly! These were all done on the overlocker – I was working almost on auto-pilot by the end of them! 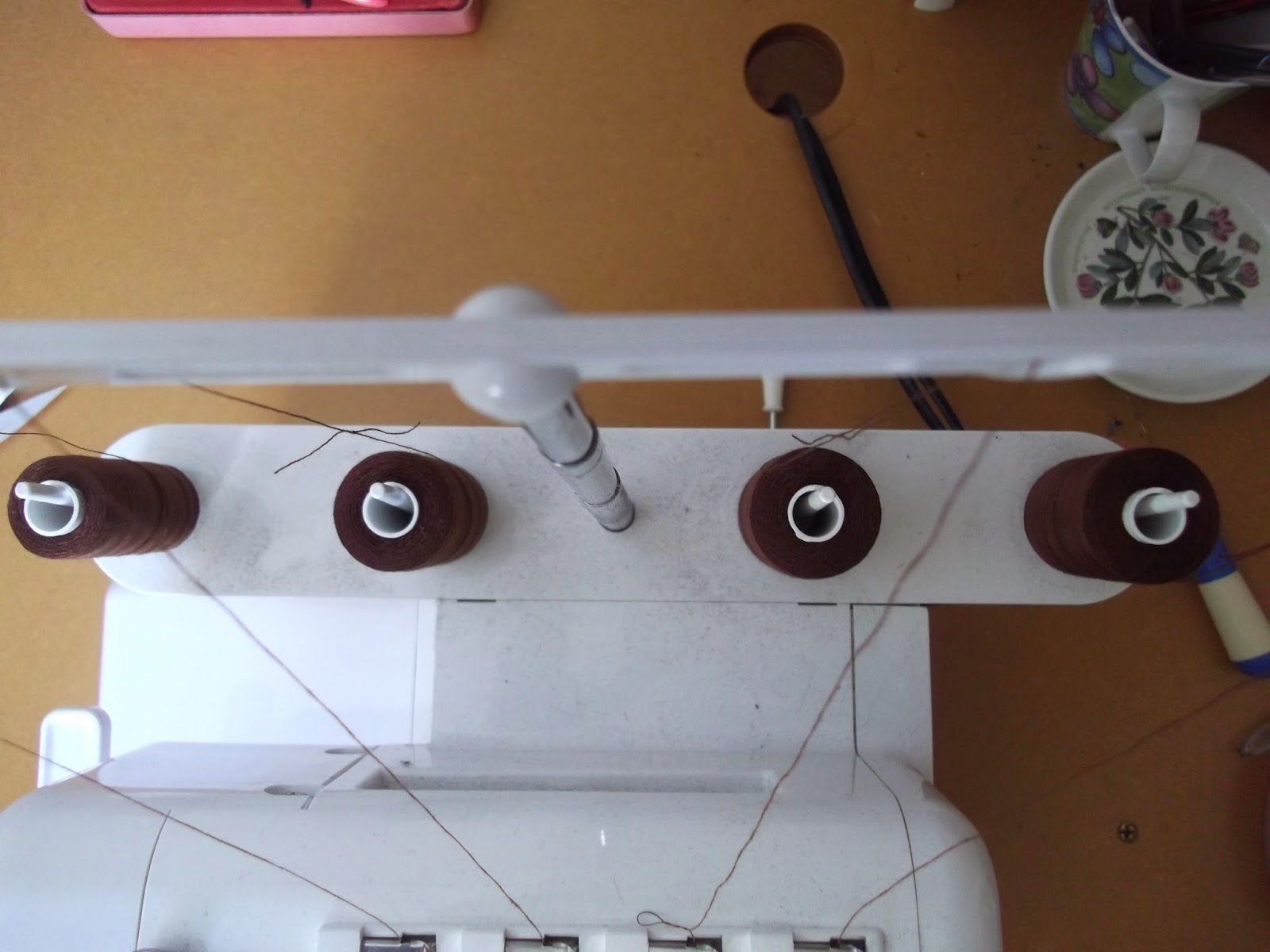 I got six reels of the brown thread. After the largest size overalls were done I swapped the reels over. The two skinnier ones were on the right side and I’ve just swapped them over. The loopers always use more. Just as well I got six as I did use two up. 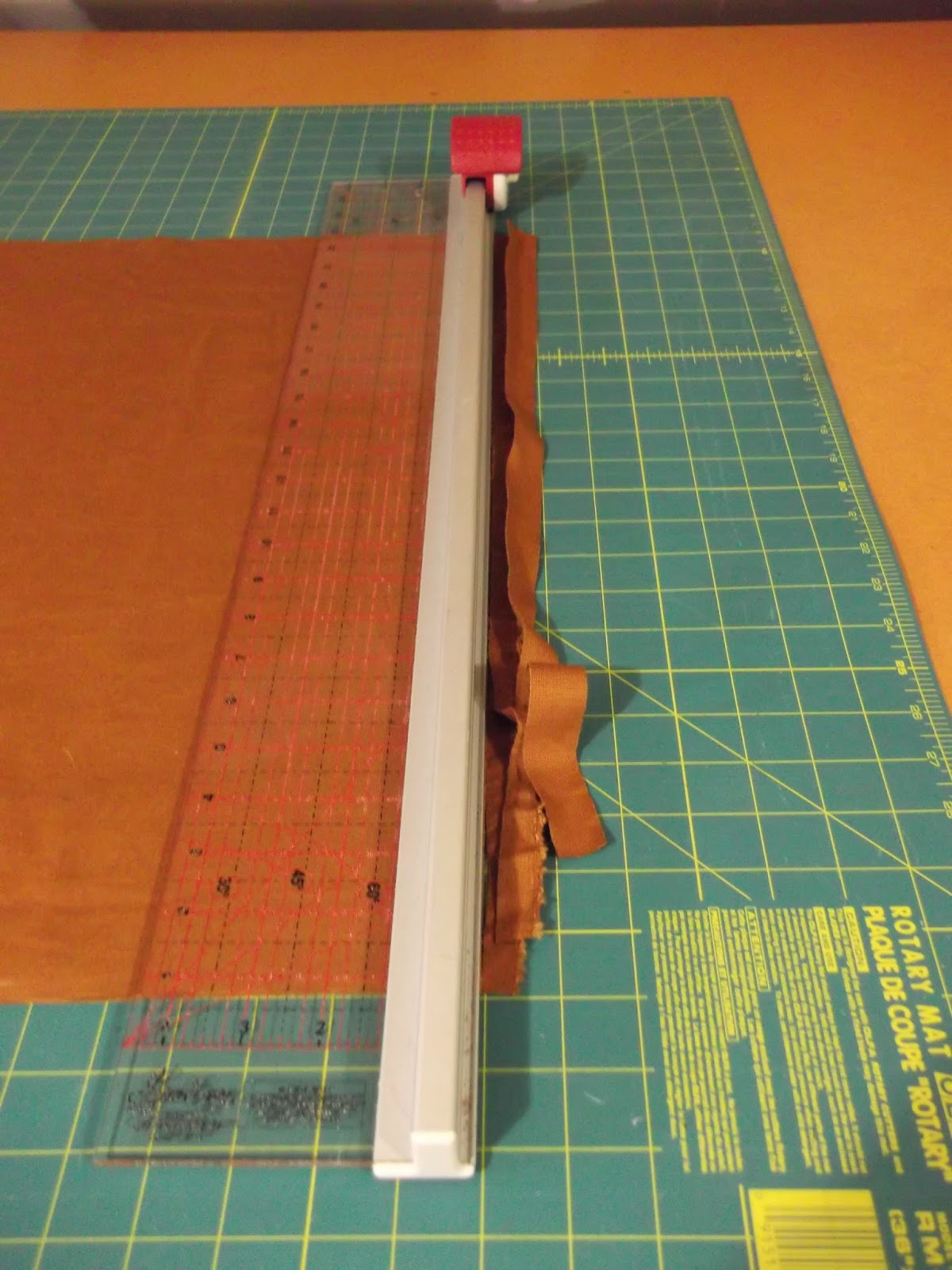 Cutting the straps . . . first I trimmed the ends tidy. 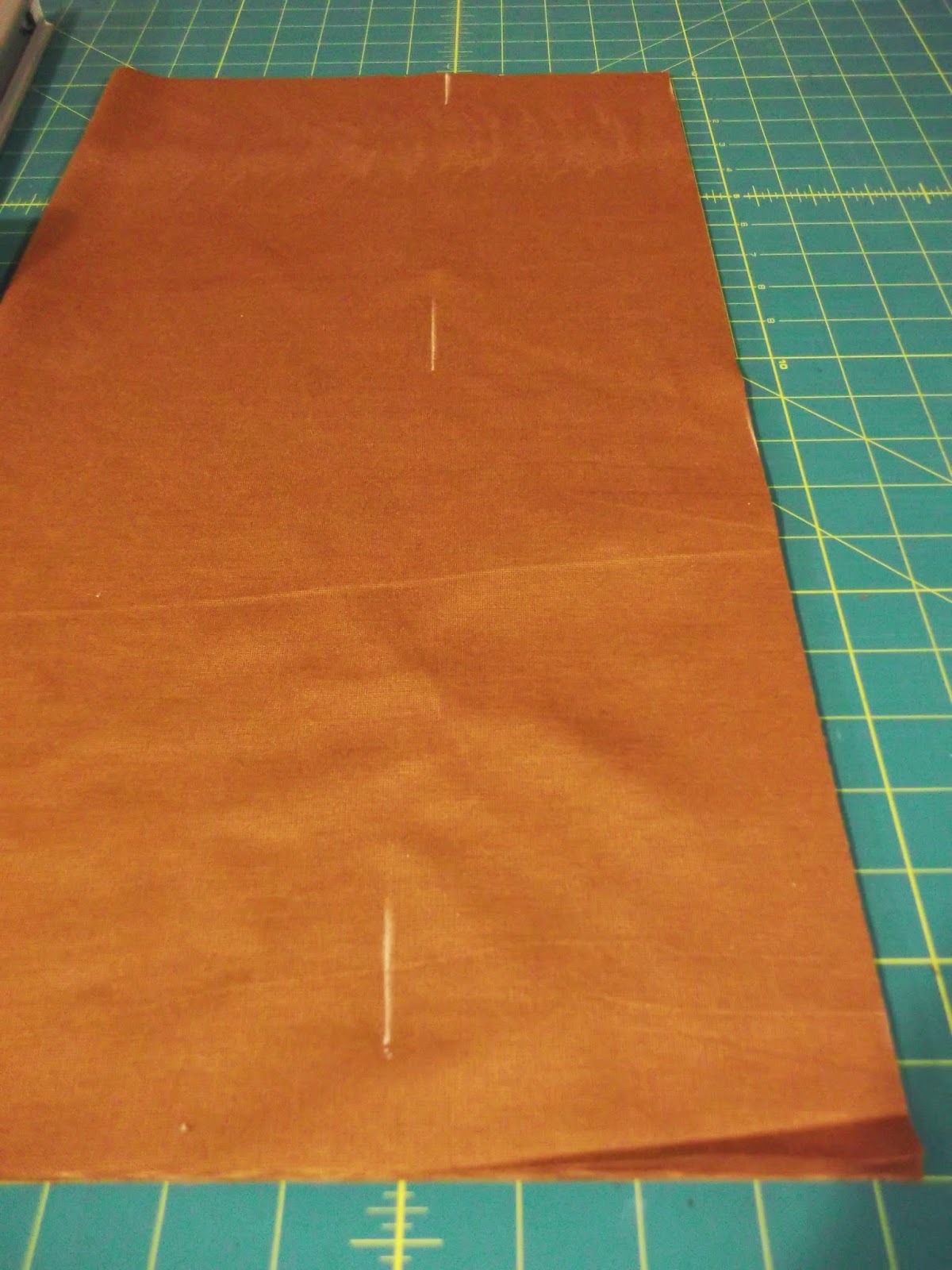 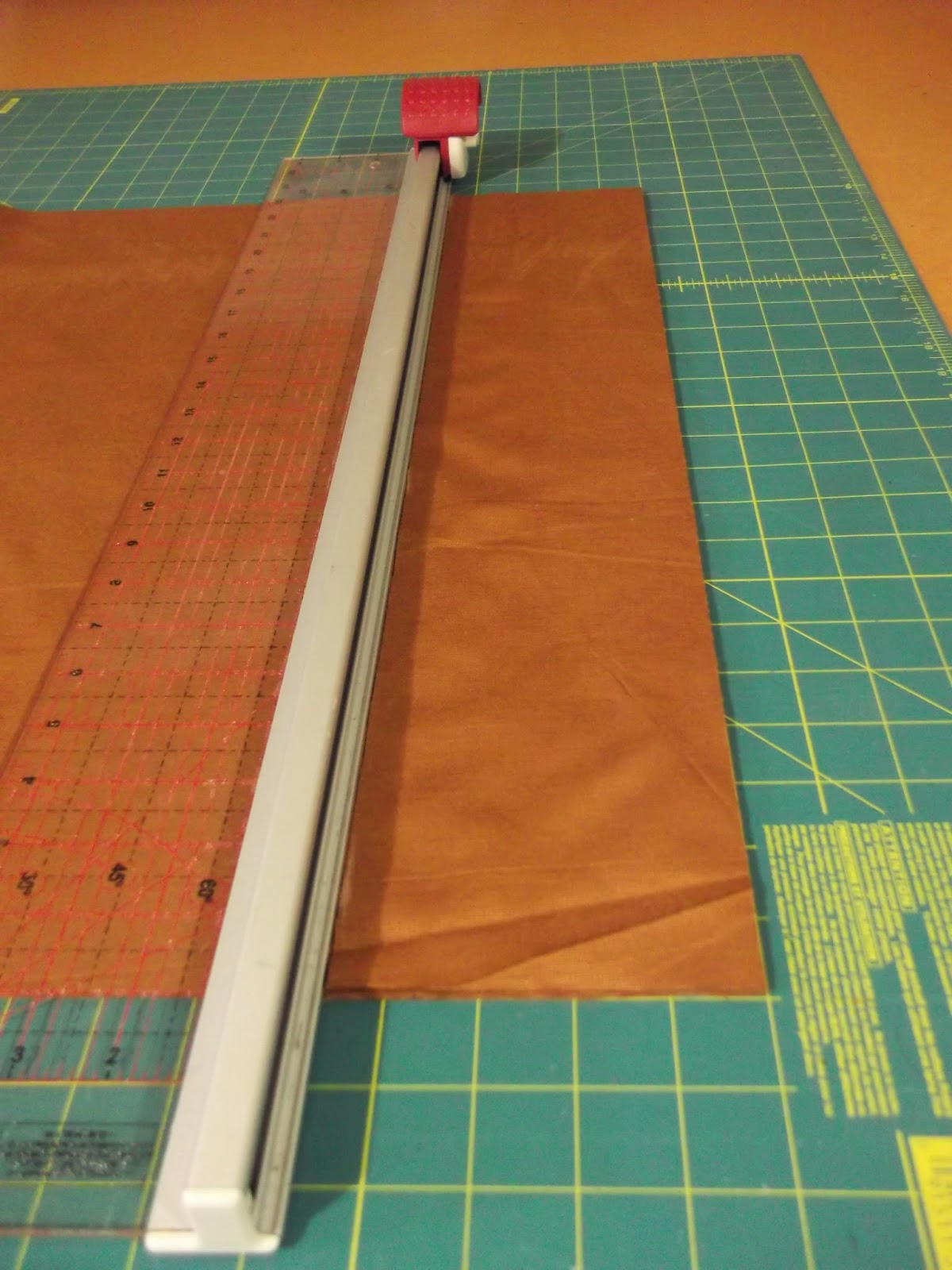 Lining the rotary cutting ruler up 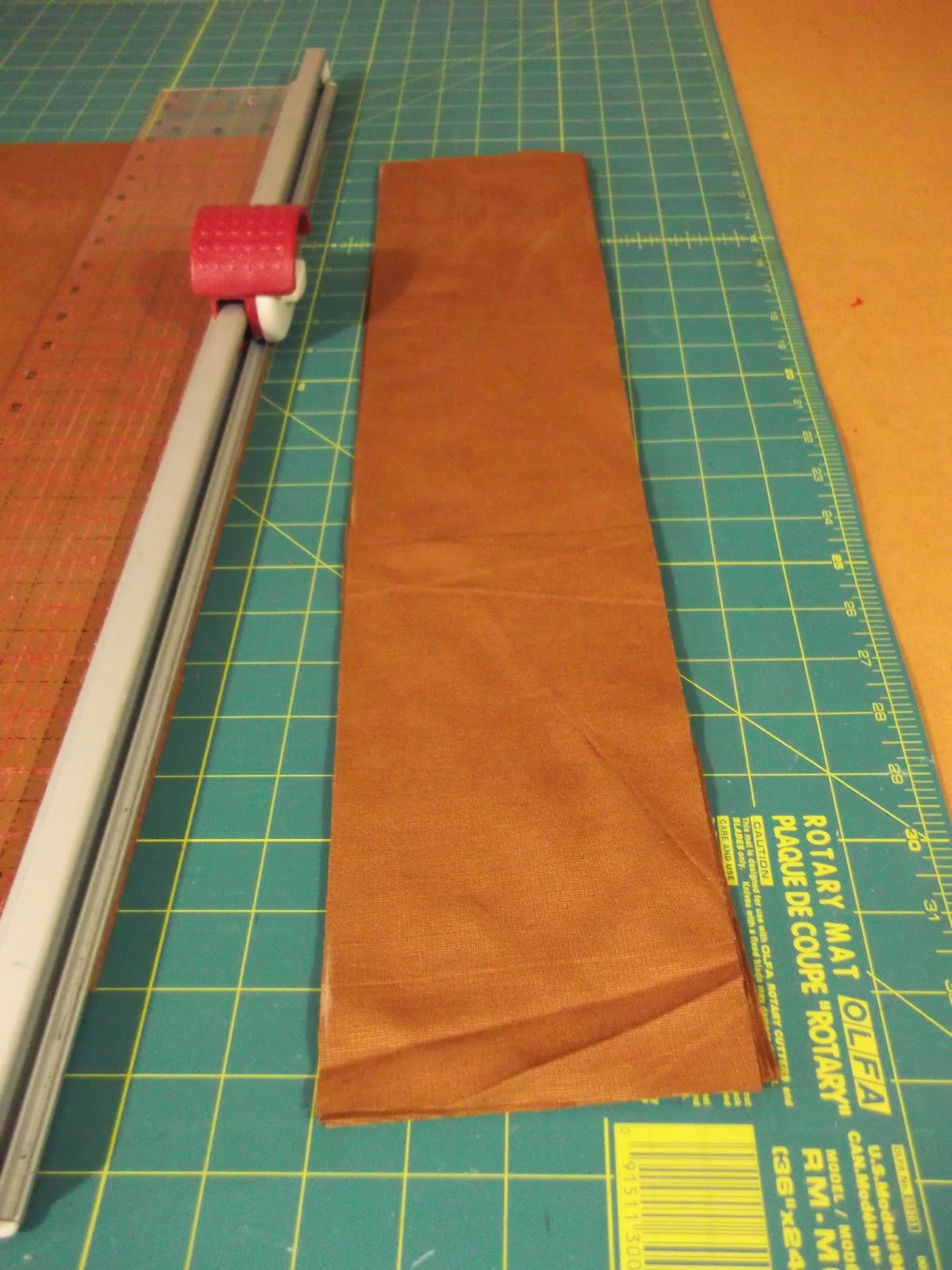 Another one cut. I’ve said it before . . . I love my rotary cutting ruler!  😡  It makes cutting out twenty-four of these so quick, saving time, the muscles of my hand and giving a clean cut edge. All sixty-six straps were then stitched. 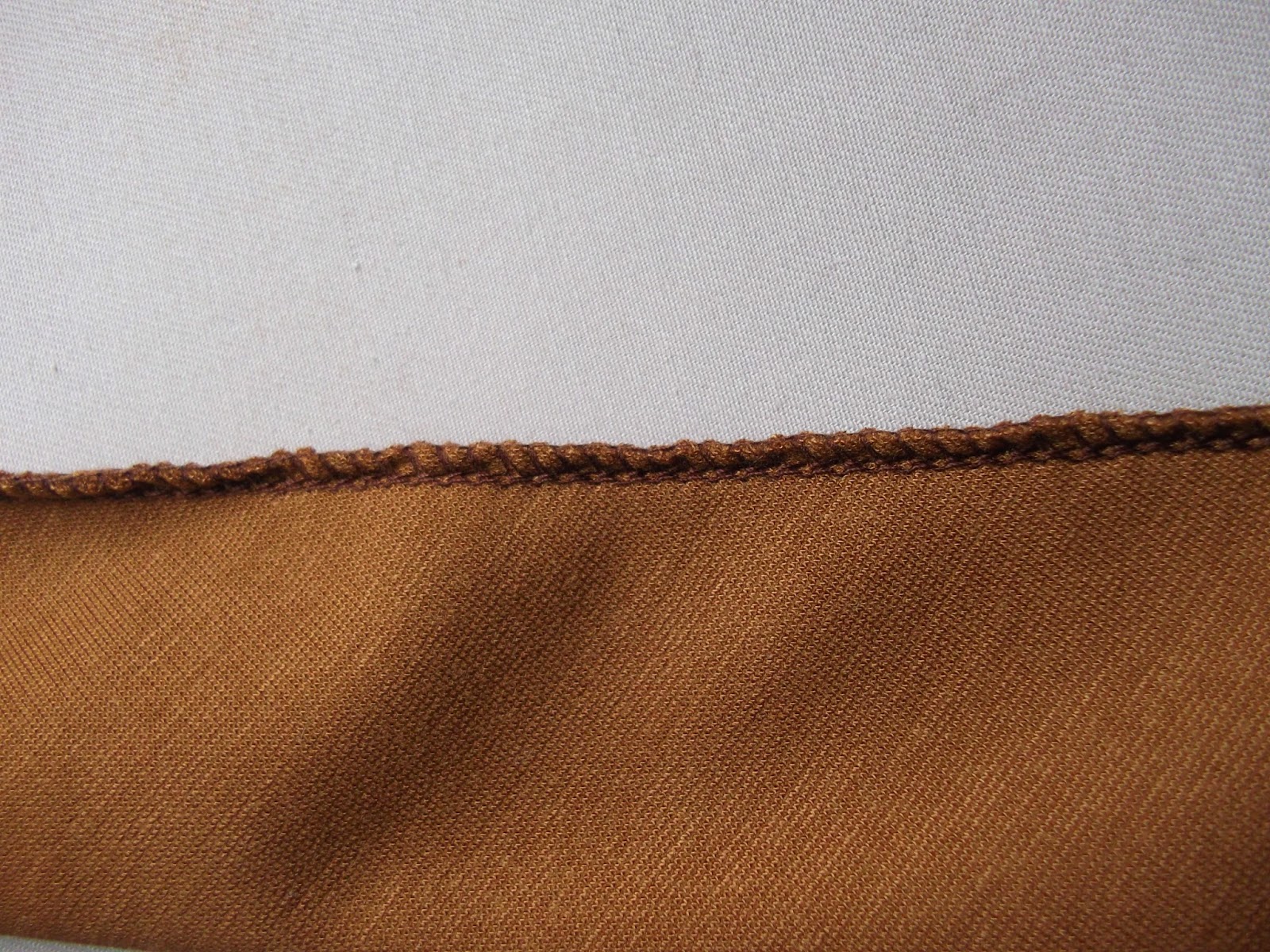 I noticed the stitching had gone a bit funny . . . time to check. Needed to re-thread. 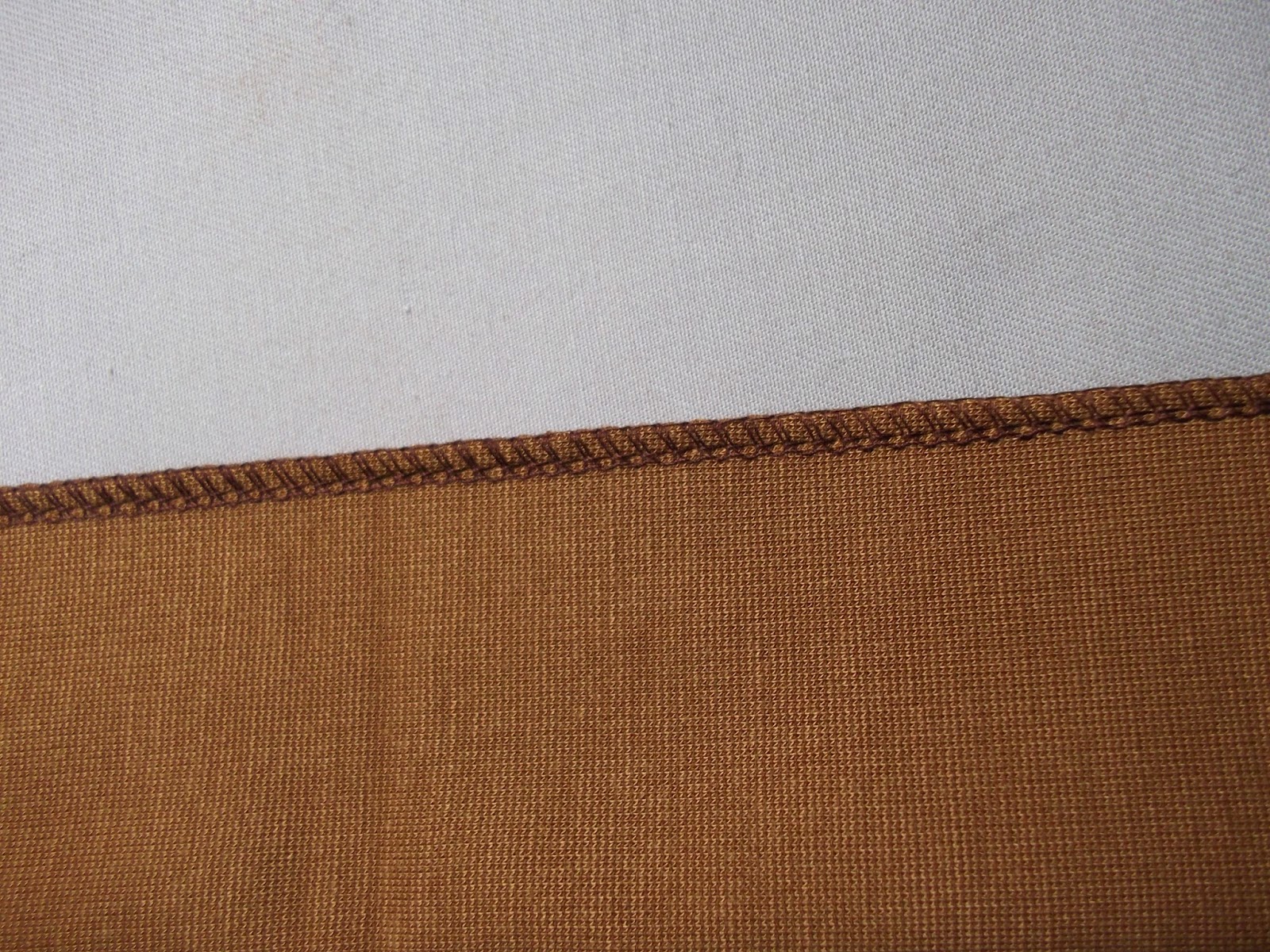 Looking better  🙂  Then the straps were all turned right side out. 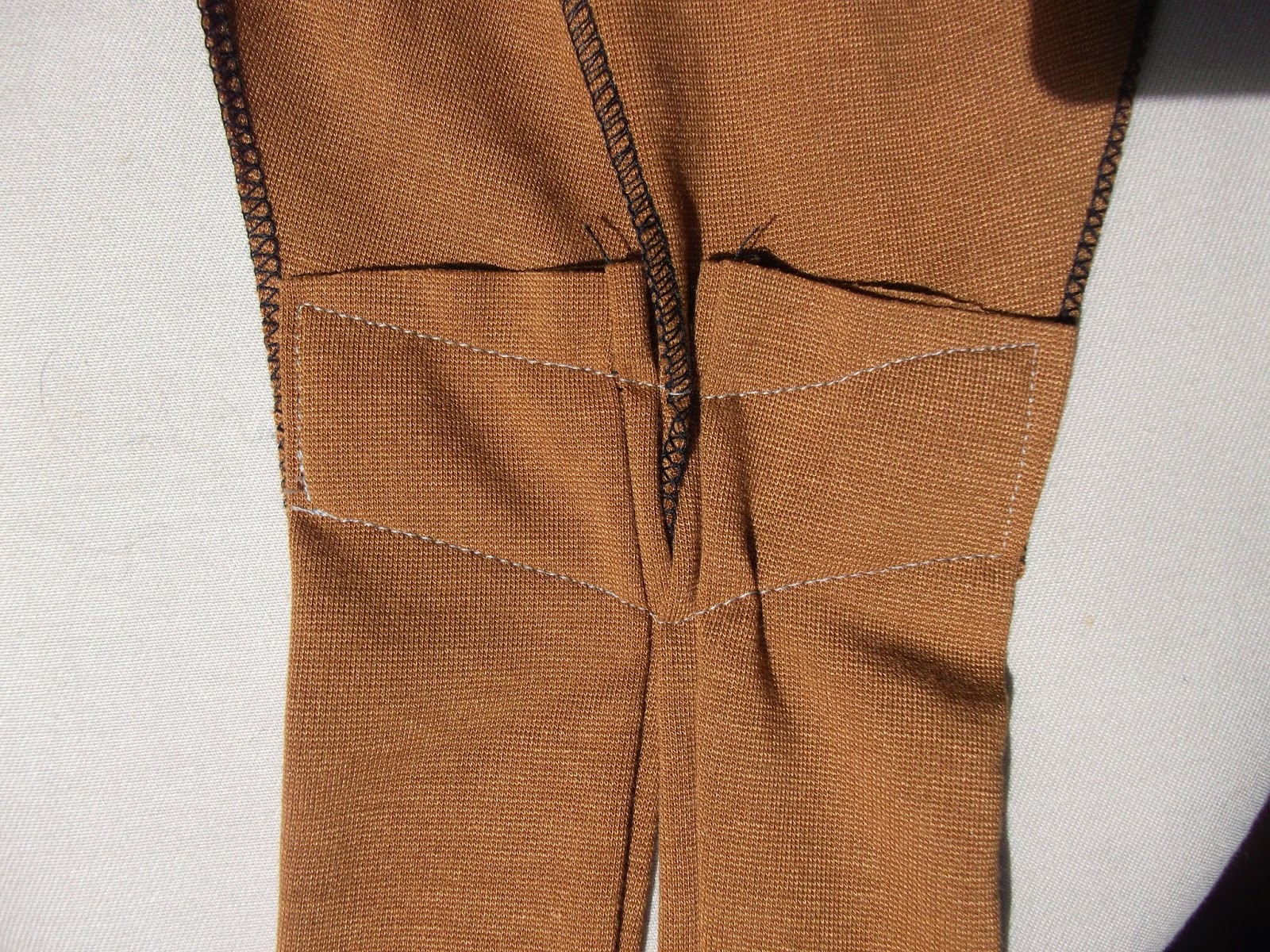 I took a couple of photos of the sample and how the straps were stitched on. The inside . . . 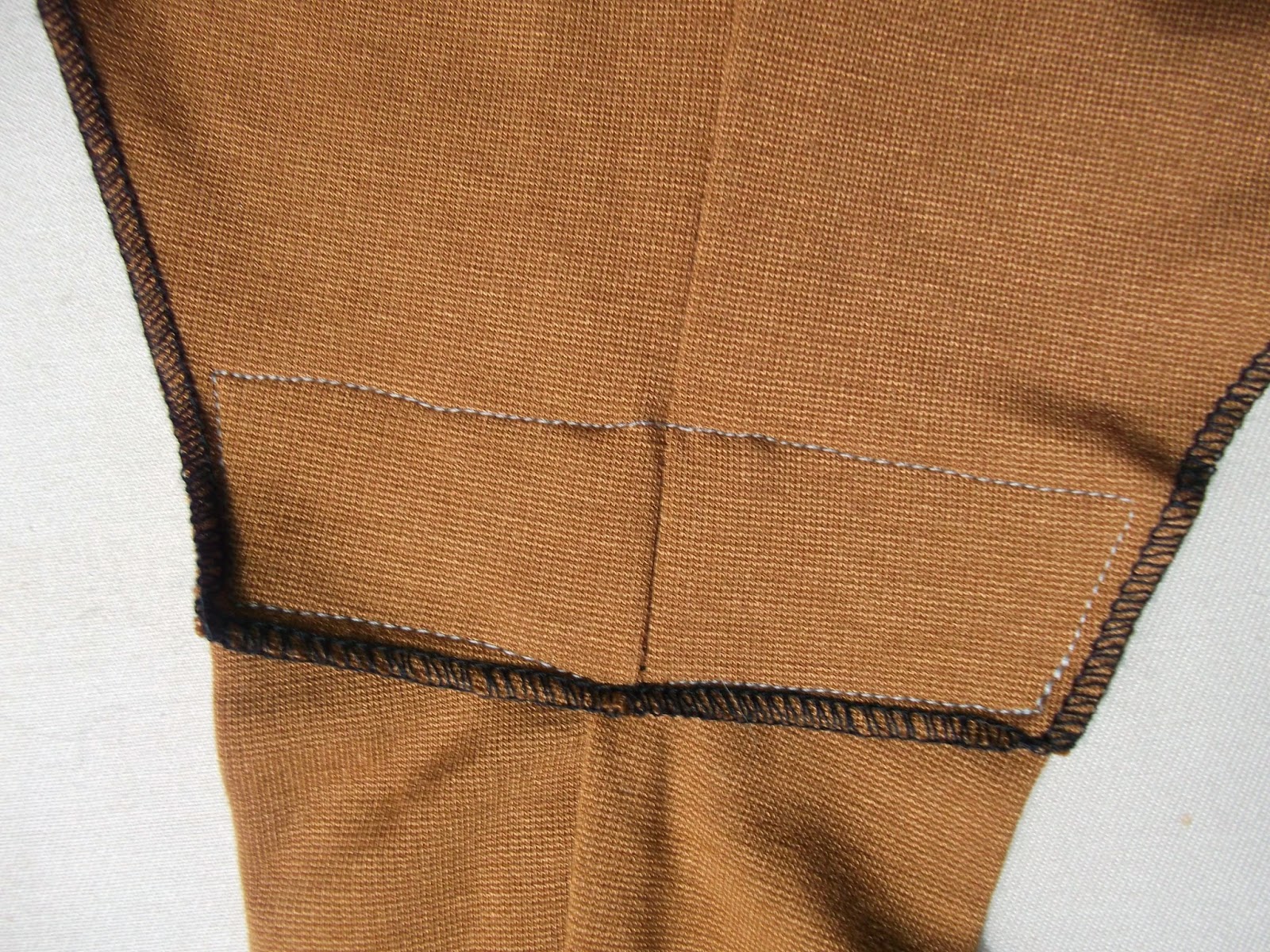 And the outside.  There was also velcro that needed to be sewn on . . . R’s mum did that job.

I did get all the overalls cut out with no piecing together needed of any of them. After I’d cut out all the straps as well there was 1.5m of fabric left! Plus a whole heap of scraps.

Here’s a shot from the concert of the Lions in their costumes. The show was called The Lion Queen based on the Lion King.  The shows went really well and all the costumes looked great  🙂