Early in the year we had a new addition to our family. The blessing of our fifth grandbaby, our third grandson. His blog name is Lil Battler. He was a bit of a spilly wee chap and so his mama requested some new bibs. There were some still in use from Halfpint, his older brother, but you can never have too many bibs with wee ones. They also come in handy for toddlers feeding themselves. I had quite a few cut out and so I was able to sew them up fairly quickly. I gave some to Mr Magoo as well since he didn’t have many. 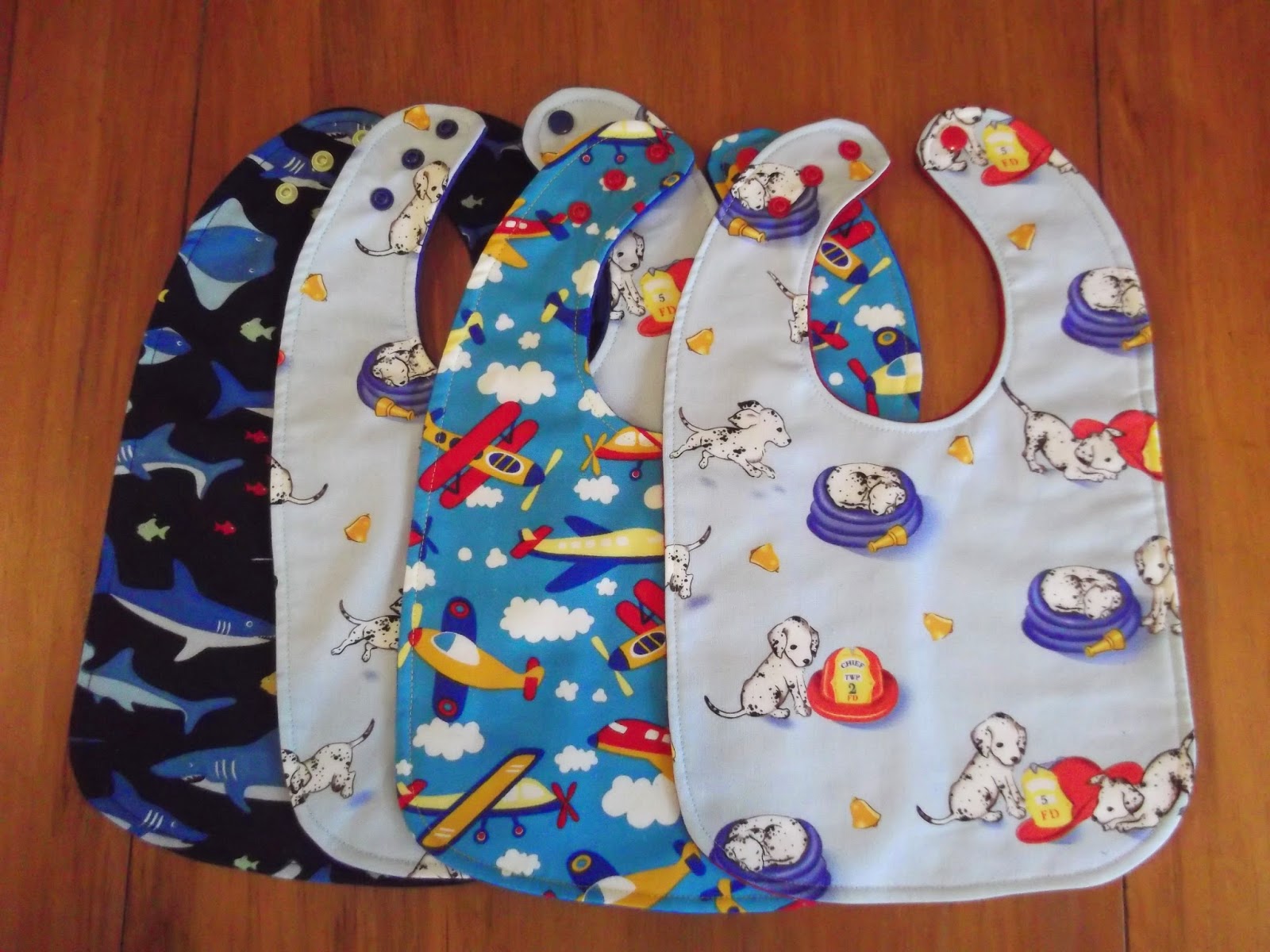 Fire dogs, planes and sharks! I like them all but I love the fire dog fabric the most. I tend to put different coloured snaps on the bibs if they are the same fabric and going to the same house. 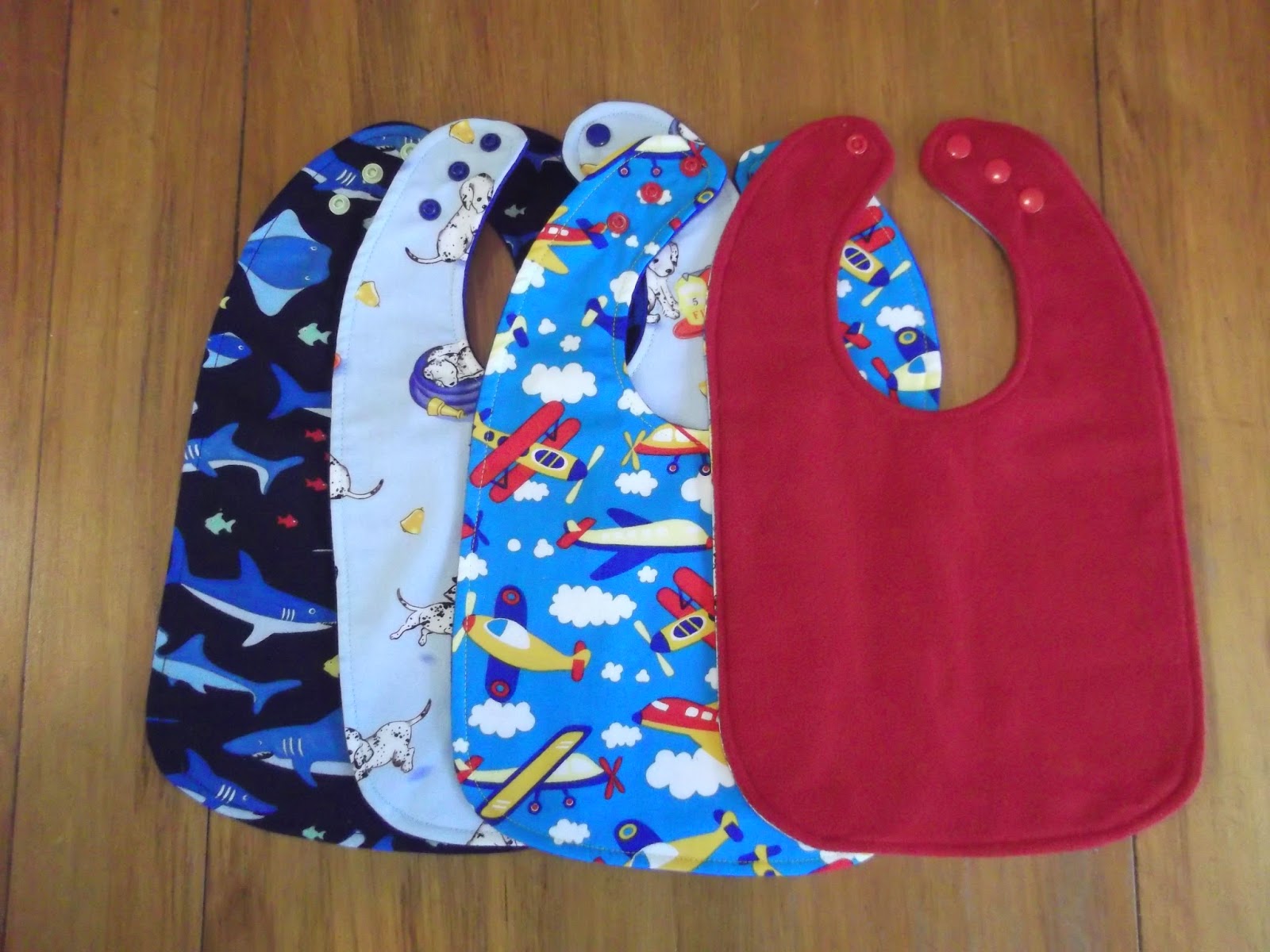 Different colours of microfleece too. These have navy and royal blue as well from memory.

There are some other bibs I’ve made here.