Late last year I was asked to make something to help reduce the volume of the drums at church.

There is a perspex screen in front to the drums which I’d been asked to make very large bags for earlier. There are 4 screens that hinge together and I was provided with some old velvet curtains and they were constructed with the velvet to the inside.
I took measurements of the drum screens and put my thinking cap on. The requirements were that it be in one piece but able to fold to a smaller unit. It also needed to contain foam that needed to be covered. And hang from the hinges of the screen.

I used a long piece of material the length of the screen for a backing. To reinforce the eyes I was going to put in to enable the baffle to hang I cut some small squares of fabric. 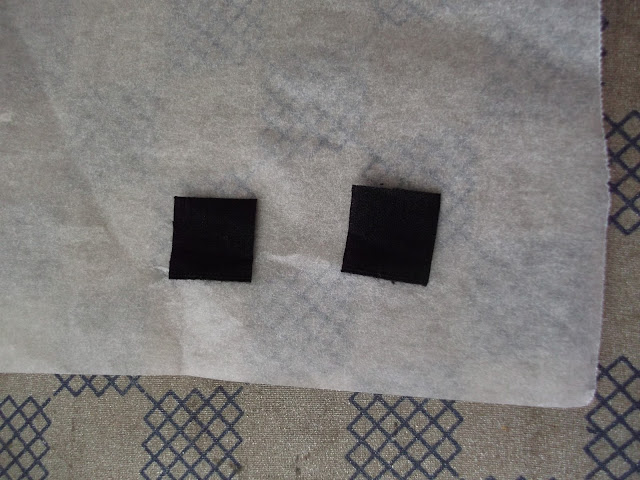 Then fused two together with fusible web 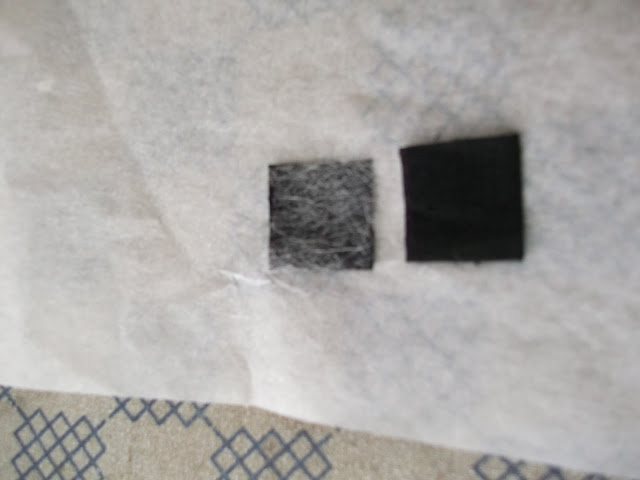 I ended up with 5 reinforcing squares 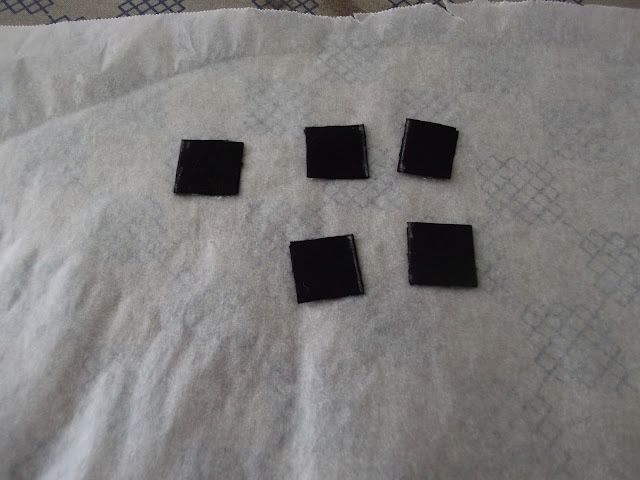 I then stitched them to the backing fabric at the corners 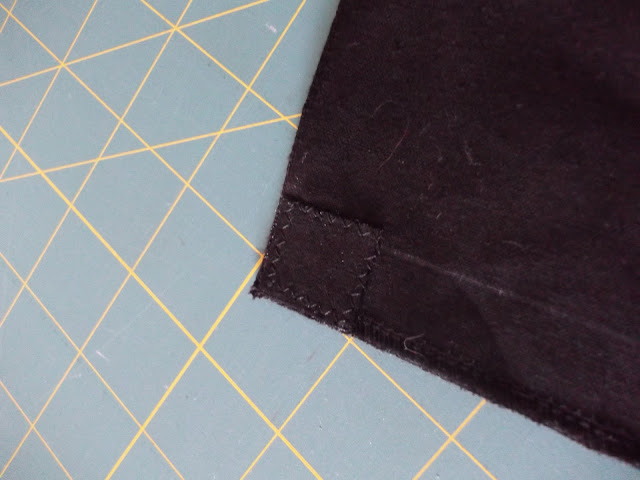 And in the spaces where the baffle would fold up 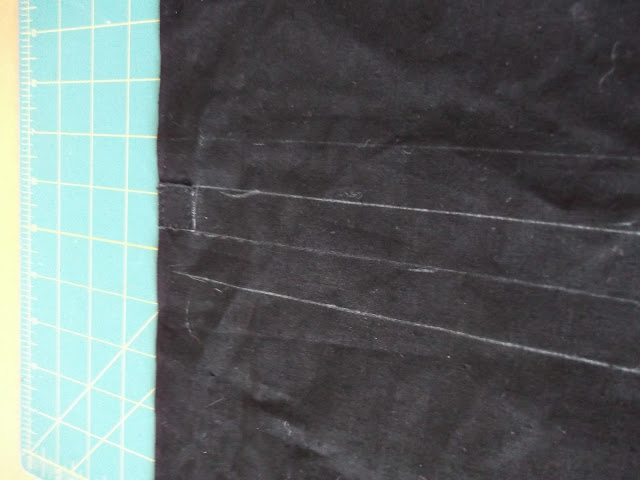 The tailors chalk marks on the sides are where the covers for the foam will sit. I made the covers in a way similar to a box cushion﻿. Here they are cut out 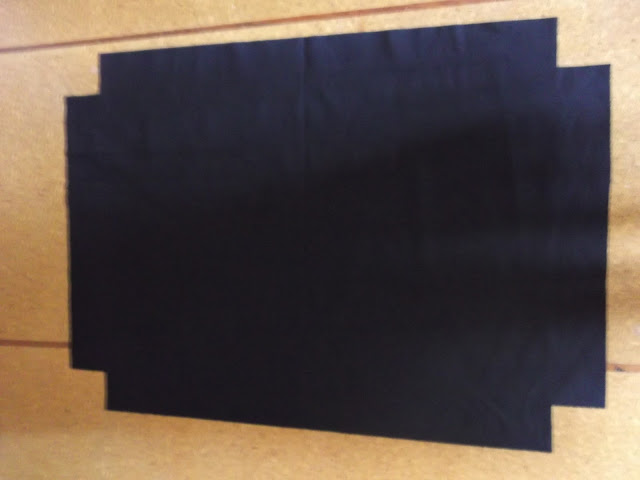 and some interfacing applied to reinforce where I will stitch them 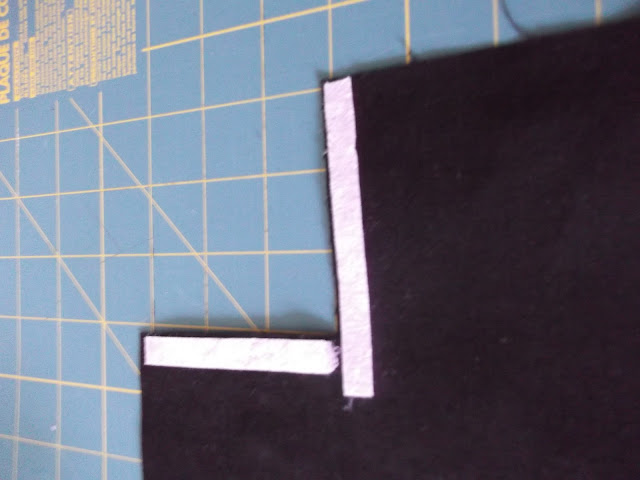 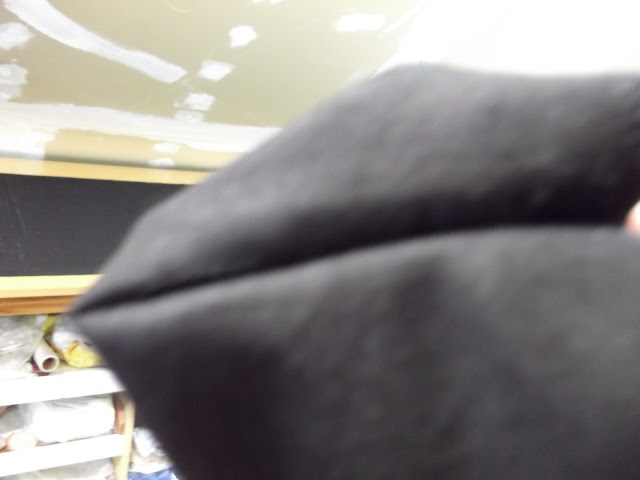 The reason I stopped 2cm from the edges is that I needed to fold that part out to attach to the backing piece. 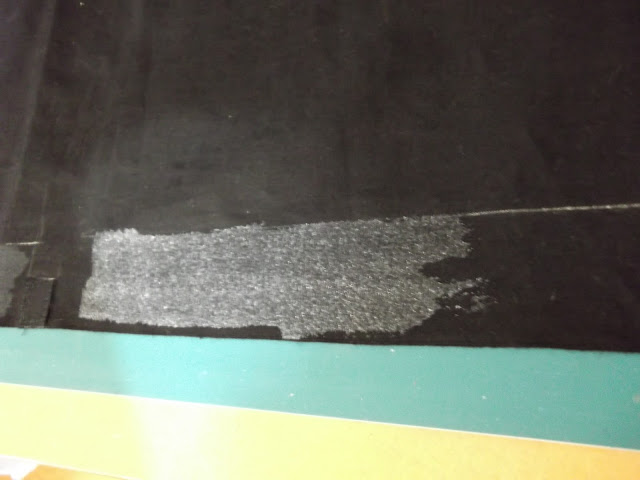 I attached each “box” by gluing the edges as shown in the photo above, then the edges of the corresponding box section, the bottom edge. Here I’ve applied a sealing coat of the glue. I then stitched them along the bottom edge.

My dh cut some pieces of hardboard that I inserted to help stop the foam curling over time. The hardboard is like the one in this photo.. (not my photo). 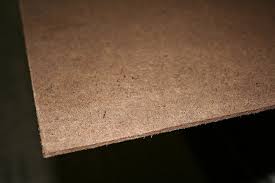 I inserted the foam…which was a cut up topper pad similar to this one in the photo below (again not my photo) I was able to put in two layers of the foam. I then glued the rest of the edges down as it would not be possible to get it through the sewing machine. Especially with the hardboard inside! 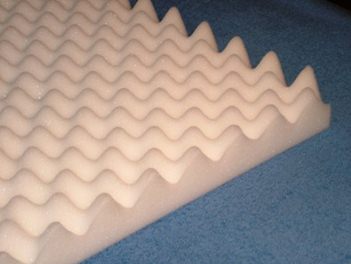 The glue I used is called Weldbond﻿  It can be diluted 1 part Weldbond to 5 parts water to seal porous materials such as fabric. I think I diluted it 1:10 and it still worked ok This is also the glue I used for Jack the Kaka’s head as it can be used on polystyrene/styrofoam, foam rubber and doesn’t melt it. 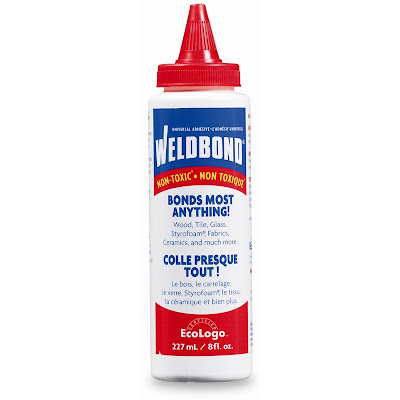 The last thing I did, with a little help from DH, was to put eyelets in the reinforced areas.
So what did the final Drum Screen Baffle look like? Here it is below…in the end the muso’s discovered it worked best behind the drums 🙂  Here it is when the gear is bing packed away 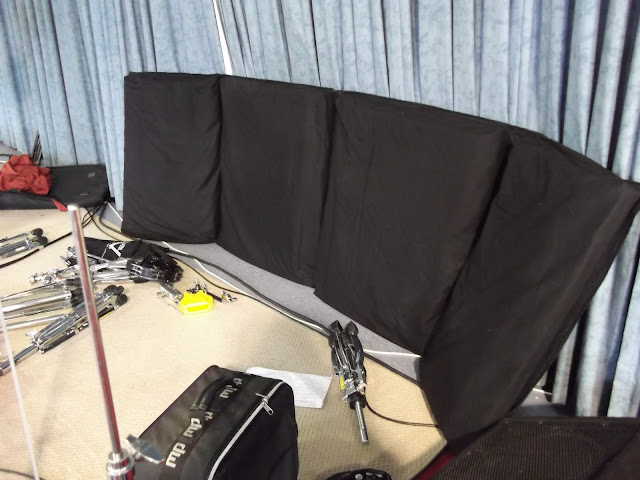 Thats it for this blog entry. Thanks for visiting 🙂